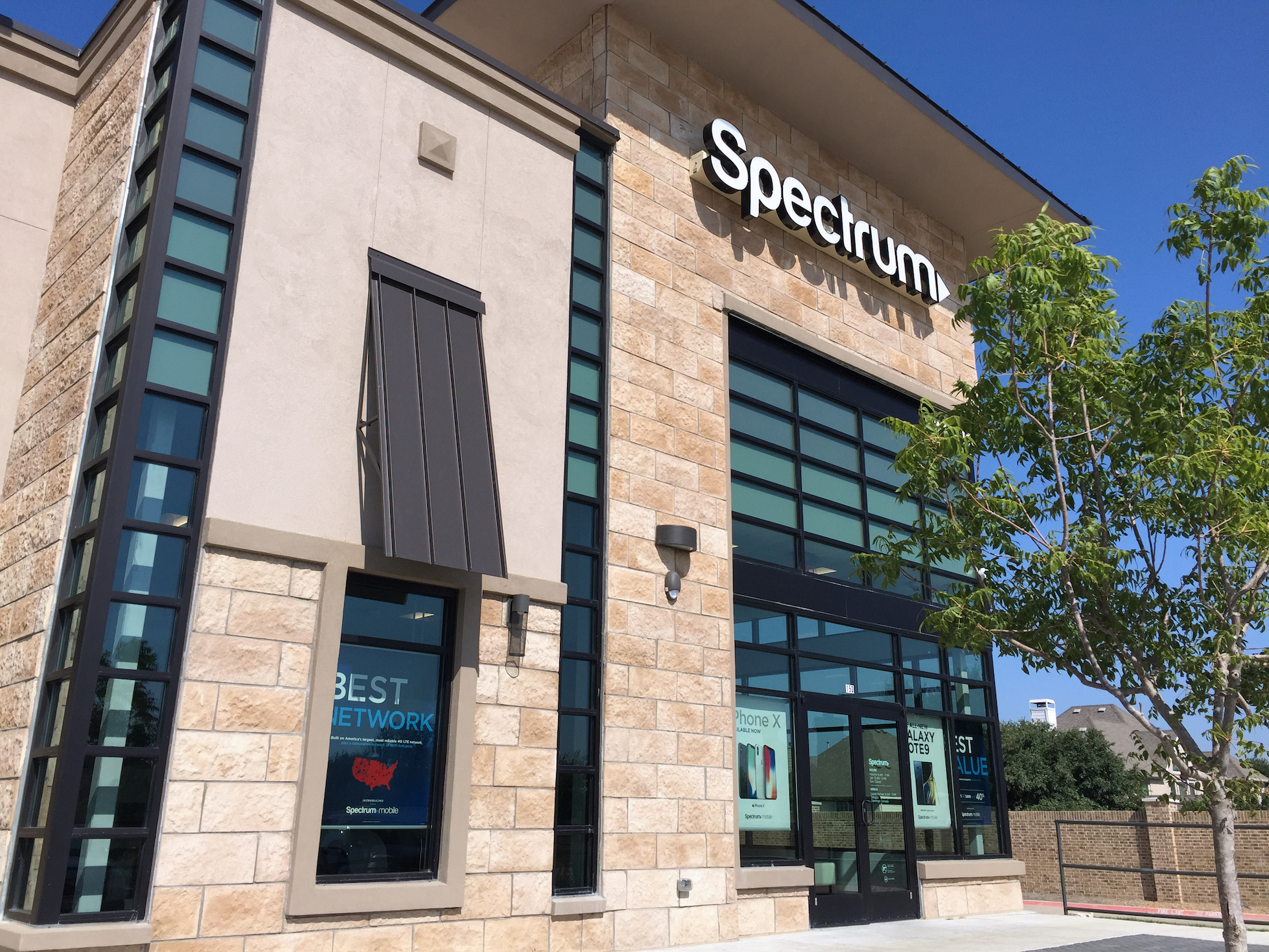 Spectrum Mobile is a new wireless MVNO service available exclusively to Charter Spectrum internet customers. Spectrum Mobile’s plan and pricing structure is almost identical to Xfinity Mobile’s, and is a direct competitor of the company. Both carriers offer access to a nationwide network of WiFi hotspots (Spectrum has 500,000 vs. Xfinity’s 18 million), and Verizon Wireless’ top-rated 4G LTE coverage. Read on to find out if Spectrum Mobile is the right carrier for you.

What’s the Catch with Spectrum Mobile?

To join Spectrum Mobile, you are required to jump through a few hoops:

Most other MVNOs do not require you to run credit checks or be a current customer of a secondary service when signing up, but Spectrum Mobile does. In addition, Spectrum Mobile charges a $10 activation fee for each line, something competitor Xfinity Mobile doesn’t do (no extra fees). For those reasons, Spectrum Mobile is not the best bang for your buck when you want to bring your own (BYO) phone or switch carriers. 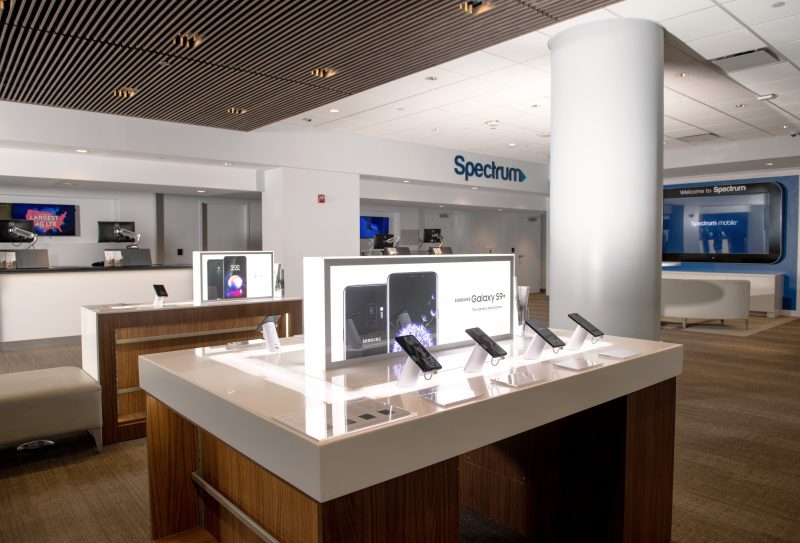 Spectrum’s By the Gig plan comes with unlimited talk and text and costs $14/GB of high-speed data, while the Spectrum Unlimited plan costs $45. All Spectrum cell phone plans include:

All Spectrum Mobile plans give you access to the carrier’s 500,000 hotspots across the country

By the Gig Plan

Spectrum’s By the Gig plan offers 4G LTE data for $14/GB. That’s actually $2/GB more than Xfinity Mobile’s plan, so the pricing doesn’t really compete. Spectrum Mobile doesn’t cap the amount of high-speed data you can use each month, but if you ever reach 3GB of data ($42/month), it’s more financially sensible to switch to Spectrum’s $45 Unlimited plan.

If you’re a Spectrum internet subscriber, the By the Gig plan is a great option if you only want to pay for data you use. With Spectrum’s WiFi hotspots and free Spectrum app to help monitor your data use, you can be rest-assured you won’t use more data than you intend to. As a bonus, if you’re ever unhappy with By the Gig, you can switch to Spectrum’s Unlimited plan, and vice-versa, at any time during your billing cycle.

The Spectrum Mobile $45 Unlimited plan is identical to Xfinity Mobile’s unlimited option. It’s a very competitively priced unlimited plan, especially when you consider the access it gives you to Verizon’s awesome network coverage. Plus, you have the additional benefit of Spectrum’s WiFi hotspots. Note that Spectrum’s unlimited plan features a relatively low monthly 20GB data deprioritization threshold, after which your speeds may be reduced for the rest of the month. Still, if you want unlimited data without paying up the nose for it, Spectrum’s $45 unlimited plan is the way to go.

Let’s Talk Tip: You can switch Spectrum plans at any time during your bill cycle

It’s important to note that there are more affordable unlimited cell phone plan options out there without activation fees. Some examples include:

All of these unlimited plans above cost less than $50/month, which is more affordable than the $55 upfront (including the $10 activation fee) Spectrum Mobile’s costs.

If you cancel Spectrum internet service on a Spectrum plan, a $20/month charge will be added to your bill.

Any of Spectrum’s plans can be turned into family plans. You can add up to five lines, and mix and match By the Gigs and Unlimited plans under one account. However, you’re limited to two lines in the first 30 days of your requisite Spectrum internet service. After that requirement is met, you can add more lines pending the results of a credit check. This could be a major issue if you’re looking to switch carriers with more than two family members at once and just started Spectrum internet service.

In terms of cost, starting a family plan with By the Gigs plans is the most reasonable option for 2-3 lines. Under one account, each line gets 1GB of shared high-speed data per month ($14/month/line). If those lines collectively surpass 1GB/line in your billing cycle, another shared 1GB block of data is automatically added for another $14/month (not per line). Spectrum rounds up for this calculation, so 4.35GB is considered over the 4GB limit on a 4-line By the Gigs family plan and would result in Spectrum Mobile adding a fifth gigabyte of shared data to the plan.

Spectrum Mobile sells a smaller number of phones, including many newer flagship devices from Samsung, iPhone, and LG. If you’re not prepared to buy for a device outright, you have the option of financing via Spectrum Mobile’s 24-month installment plan. This can be helpful for pricy new handsets like the Samsung Galaxy S10e and iPhone XR.

You can also trade in devices when you sign up for service or buy a new device. Spectrum Mobile’s Trade-In Program uses a third-party company called Assurant which accepts most devices from Apple, Google, HTC, LG, and Samsung. Assurant will offer you an estimate on the value of your phone based on its condition. Once you accept Assurant’s offer, you simply mail in your old phone with a prepaid shipping label.

Initially, Spectrum Mobile only let customers bring iPhones to their network. However, they now accept Android devices as well, which gives them a leg up on Xfinity Mobile.

In order to BYO device, you must sign up for Spectrum Mobile service and activate a new line. If you’re a current Spectrum Mobile customer, you’re still required to add new lines to do so. If your phone is compatible (check it here), you’ll get a free SIM card to activate your phone’s new line and begin service.