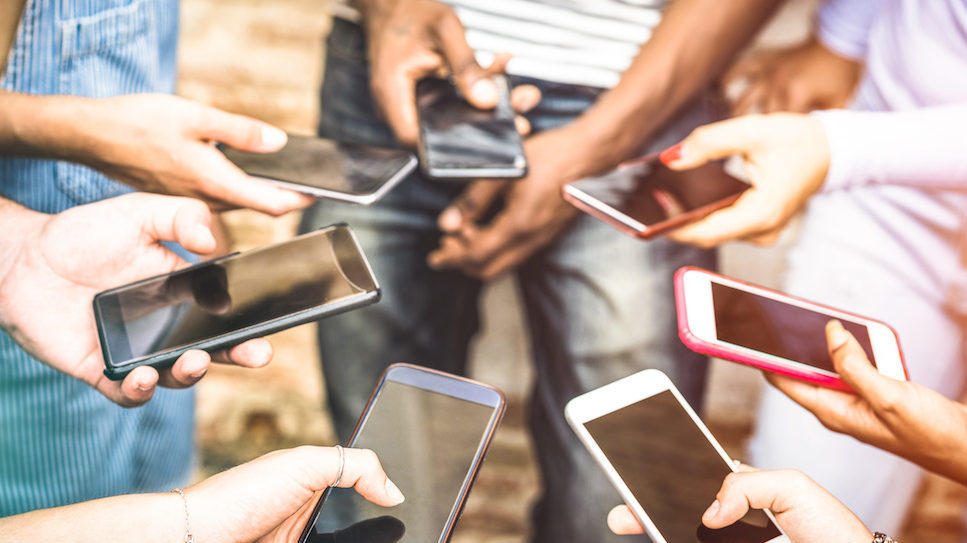 Read on to learn all about Simple Mobile phone plans and their prepaid plans.

As a prepaid carrier, Simple Mobile’s cell phone plans are paid for at the beginning of the month. The carrier has affordable no-contract, 30-day plans without taxes and fees included in their pricing.

With its large focus on roaming and international calling, Simple Mobile phone plans are perfect for anyone temporarily traveling in the United States or Latin America. However, each account is limited to calling 20 unique international numbers within a month before it resets, and the calls must originate from the U.S, Puerto Rico, or Simple’s designated roaming countries. These can change at any time, so it’s something you would need to keep an eye on.

And while Simple Mobile’s data plans come with 4G LTE speeds, they are not guaranteed at all times based on location, device, and general coverage in the area. Since Simple Mobile uses T-Mobile’s network, T-Mobile may at times slow down the data of Simple Mobile’s customers in favor of their own subscribers.

Simple Mobile does not charge overage fees if you go over your data cap, however data speeds are throttled to 2G speeds after the data cap is reached, which will affect functionality of mobile applications and features. If you’re on an unlimited plan, your speeds may be reduced during times of network congestion.

Like other MVNOs, low pricing and flexibility is the main bonus of this carrier. However, Simple Mobile’s unique international roaming features are perhaps the best benefit for those traveling outside the U.S. or temporarily within the U.S. For anyone who isn’t looking for a long-term commitment with a carrier or does not have great credit, Simple Mobile plans are a great option. That being said, throttling to 2G speeds can be a real detriment to enjoying your device, so data hogs should definitely consider Simple Mobile’s unlimited plans.

Simple Mobile family plans have the same features as their individual plans but allow you to add family members or friends. For each additional phone line added to a plan, the monthly payment drops as well. Simple Mobile customers can have up to five lines on one account and enjoy great savings.

Simple Mobile’s promotions also offer families additional incentives like discounts for signing up to “Auto ReUp” (autopay), which automatically pays and renew your service every month.

Simple Mobile offers several different ways to purchase cell phones. You can pay full retail prices or pay monthly fees with the activation of a new line (plus taxes). In order to pay for a device on a monthly basis, you can choose whether you have “excellent payment history” or “average payment history” to determine if you can pay a rate over 15 or 24 months.

Let’s Talk Tip: MVNOs like Simple Mobile can still technically check your credit information for signing up, so approval is not always guaranteed.

While there are no credit checks with Simple Mobile, credit information and consumer reports can still be reviewed, so approval upon plan signup and device purchase is not necessarily guaranteed. In addition, phones purchased through Simple Mobile are leased, rather than owned, until they are fully paid for.

Some may find leasing less appetizing to ownership while paying installments with financing. However, considering many MVNOs don’t even offer monthly payments for new devices, Simple Mobile’s offering is a decent deal and not dissimilar to other major carriers (like Sprint) who do the same.