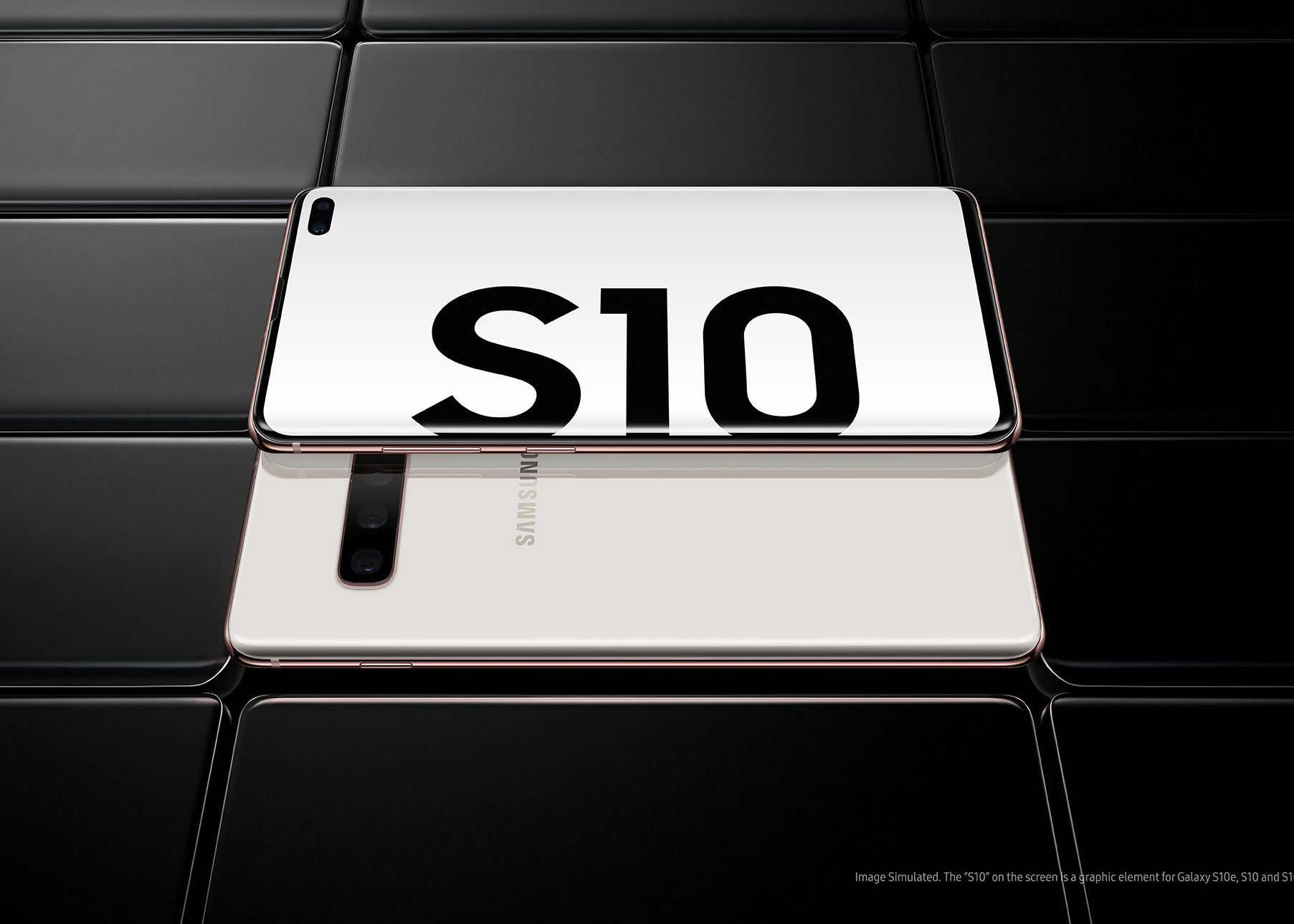 Samsung is one of the top technology companies in the world and most closely competes with companies including Apple and LG in the smartphone market. Their devices are some of the most advanced of any smartphone manufacturer, as software and hardware features released in Samsung cell phones often take Apple and others years to include in their own phones. In this article, we’ve put together a list of Samsung’s top five smartphones available for consumers. If you’re looking for the hottest Android devices on the market, look no further than the phones that follow. Just be prepared to open your wallet if you want one of your own. And if you’re looking for the best deals on Samsung phones, we’ll help you out there as well.

The list below ranks Samsung cell phones in the order of newness, performance, affordability, and general popularity.

Samsung just released its Samsung Galaxy S10 lineup in March 2019, and we’re anxiously awaiting their arrival in stores this month. Of their newest smartphones, the cheapest and plainest model is the Samsung Galaxy S10e. What’s the “e” stand for? Well, Samsung says it’s for “essential,” but we’re suggesting it’s actually “economy” being it’s the most affordable and pragmatic Samsung Galaxy model with its (still high) $749.99 retail price. 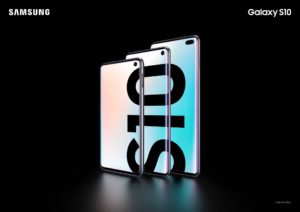 Like the Galaxy S8 and S9 before it, the Galaxy S10e has a 5.8-inch display and the famously durable Gorilla Glass on the front and back. However, this year, they’ve ditched the curves from the screen edges, making it feel almost retro to the days before the Samsung Galaxy S8. The bezels are also even thinner than before, inching up past the front-facing, 10-megapixel camera. This makes for an added “hole-punch” where the camera sits, similar to the “notch” seen on the latest iPhone X models. With the design changes comes the latest Android software, hardware, and wireless charging. Samsung has also added on a rear dual-lens camera (12-megapixel/16-megapixel) that’s perfect for taking gorgeous shots of extra-wide landscapes, portraits of your friends, and everything in between.

The S10e is the most reasonable new Samsung Galaxy S10 device you can buy. It’s also the smallest at 5.8-inches, so if you want the hottest tech on the market that can fit comfortably in your pocket for under $800, the Samsung Galaxy S10e is it.

One of the coolest upgrades to the S10 lineup is the new Infinity-O Dynamic AMOLED display which adds an immense amount of contrast (2,000,000:1 contrast ratio). This makes for a much more vibrant experience using Galaxy S10 devices with higher detail in blacks and improved highlights. In addition, as a standard feature, blue light is reduced by a hefty 42% to reduce eye strain and avoid messing up your circadian rhythms. As a visual note, these displays remove even more bezel from screens, resulting in a “hole punch” (similar to an iPhone X-series notch) in the upper-right hand corner of Galaxy screens where the selfie camera and other sensors sit.

Another new feature shared between all Samsung Galaxy S10 devices is Wireless Powershare, which allows you to charge them and other Samsung accessories to charge one another by simply stacking them, essentially acting as wireless charging pads. It’s a pretty nifty feature that will change how many of us will use our phones.

Samsung has unveiled a better way to scan your biometrics with a smartphone. If you’re interested in purchasing a Samsung Galaxy S10 and S1+, you’ll be delighted to know you can scan your fingerprint on the device by simply placing it on the screen with Qualcomm’s new in-screen Ultrasonic Fingerprint Sensor. Gone are the days of reaching awkwardly to the back of your Samsung Galaxy to sign into your online-banking app, and in are the days of simply touching a thumb to the screen. Ladies and gentlemen, welcome to the 21st century of realistic design. This Ultrasonic Fingerprint ID, as Samsung calls it, actually uses sound waves to map your fingerprint in 3D and even detect blood flow to avoid fingerprint-spoofing.

Another new feature shared between all Samsung Galaxy S10 devices is Wireless Powershare, which allows you to charge them and other Samsung accessories to charge one another by simply stacking them.

Samsung has upgraded the Galaxy S10 (from 2018’s S9) to a much larger device at 6.1-inches. That makes for a rather awkward hold for some, but with the addition of its Infinity-O display, it makes for a gorgeous device to look at and use. With an even more bezel-less screen and the same glass curvature of earlier models, the S10 has a luxurious look and feel that just can’t be replicated by other smartphone brands. 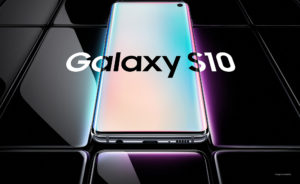 The Galaxy S10 comes with Android 9.0, 128GB or 512GB of internal storage, 8GB of RAM, and a large 3400 mAh battery that should last all day and night with Samsung’s intelligent battery software. It also features the same cameras as the S10e and comes in seven awesome colors. However, the S10 has one extra rear camera, with the third offering 2x optical zoom.

The Galaxy S10 is the perfect Android device for someone who wants a new Samsung flagship device without compromising any performance or features.

The Samsung Galaxy S10+ is Samsung’s newest plus-sized phone for anyone interested in a large handset for managing their calendars and streaming 4K videos on a big beautiful Infinity-O screen. Like the other S10 models, this phone comes with some awesome cameras; in this case, there are FIVE of them. 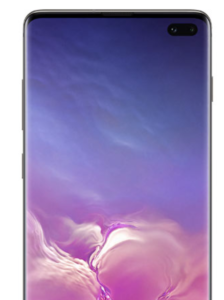 The S10+ has the same triple camera as the S10, but there are two on the front. Instead of one 10-megapixel, front-facing camera, there is also an 8-megapixel camera with a 90-degree field of view, which is perfect for those wide selfies with your entire softball team. Even more impressive, thanks to this dual-lens selfie camera, the S10+ is capable of an awesome blurred bokeh effect using its Live Focus feature. Live Focus blurs the background of your photos while keeping your subjects in focus, which is great for portraits. It’s a slick feature that works even better on the S10+ when compared to other selfie cameras.

The S10+ also comes with Ultrasonic Fingerprint ID, Wireless Powershare, and has three capacity sizes—128GB of internal storage with 8GB of RAM, 512GB storage with 8GB of RAM, and finally a whopping 1TB of storage with 12GB of RAM. As for that battery, it’s a very large 4100mAh. Using Samsung’s intelligent battery software, you should be able to get at least a day and a half out of this powerhouse without trying.

The Samsung Galaxy Note series is one the world’s most popular smartphone brands built with the purpose of helping keep your life organized (it has an included stylus) and satisfying all of your on-the-go needs. The Galaxy Note9 is Samsung’s latest model. 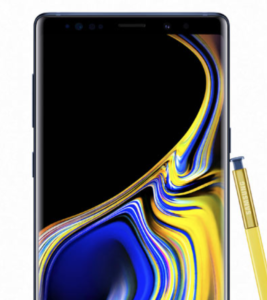 Released in August 2018, the Note9 has an incredible all-day battery, a giant 6.4-inch edge-to-edge display, and Samsung’s beautiful glass and metal body. The Note9 includes 512GB of storage for all of your photos and videos, the latest Android software, 8GB of RAM, as well as an iris scanner and fingerprint reader. Oh, and you can’t forget the included S-pen (the stylus), which features Bluetooth connectivity, precision responsiveness, and a button that can be used to command the Note9’s camera and other software. 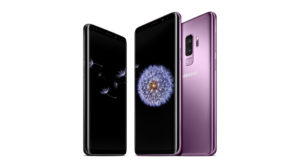 The Samsung Galaxy S9 is one of Samsung’s best phones of 2018 and great for just about anyone to use. It features a 5.8-inch edge-to-edge AMOLED display, stereo speakers, an all-day 3,000mAh battery, and a 12-megapixel camera capable of shooting 4K video and taking great photographs in low-light. It also comes with wireless charging and fast-charging, which can get you to a 50% charge within just 35 minutes. While it wasn’t a big upgrade from the S8, its updated hardware and software kept pace with the times.

The One to Watch: Samsung Galaxy Fold 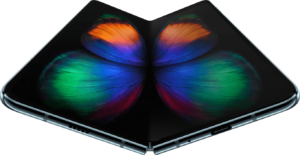 Samsung is one of the first smartphone companies to unveil technology with a “foldable” screen, and they appropriately named it the Galaxy Fold. Many were quite thankful they did not choose Galaxy “F.”

The pricey $1,980 device has five cameras, the world’s first 7.3” foldable Dynamic AMOLED display, the latest processors, an absurd 12GB of RAM, and a giant 4380mAh battery to power it all. There’s also a 4.6-inch front cover display for use as a regular smartphone. As of publication, the Samsung Galaxy Fold has not yet been released for sale, but it should be one of the most unique devices ever sold as a phone. With its innovative design, the Galaxy Fold has the unique ability to fold flat into a tablet or be closed like a book for use as a regular handset.

If you’re interested in the hottest, weirdest, and most expensive gadget on the market, the Samsung Galaxy Fold might just be it when it launched with U.S. cellular carriers on April 26.

Which Top Samsung Phone Should I Buy?

Galaxy S10e: For anyone who wants the most practical new Galaxy model with most of Samsung’s new bells and whistles. It still fits in your pocket!

Galaxy S10: For the person who wants a larger handset with all of Samsung’s latest hardware features in one device.

Galaxy S10+: If you’re looking for large and in charge and the latest tech, the S10+ is your supreme Galaxy option. Packing a giant battery and all of Samsung’s latest software and hardware, you won’t be disappointed.

Galaxy S9: For anyone who wants one of the best Android devices of 2018. With modern features and improvements upon the S8, the Galaxy S9 is a great phone.

Galaxy Note9: For a Samsung Galaxy Note loyalist or someone who loves a digital day planner. The Note9 features wonderful design, a large screen, awesome battery life, and useful S-pen for jotting notes or taking pictures.

Galaxy Fold: For the early adopter with a big wallet. The Galaxy Fold is a brand-new concept that comes with its own risks in function. Samsung claims it should withstand thousands and thousands of folds, but there are already reports of irreparable screen defects. If you don’t mind a possible recall and a hole burned in your pocket, this might be for you.

To find deals on Samsung’s top devices, be sure to check out our deals pages on the top carriers in the U.S.