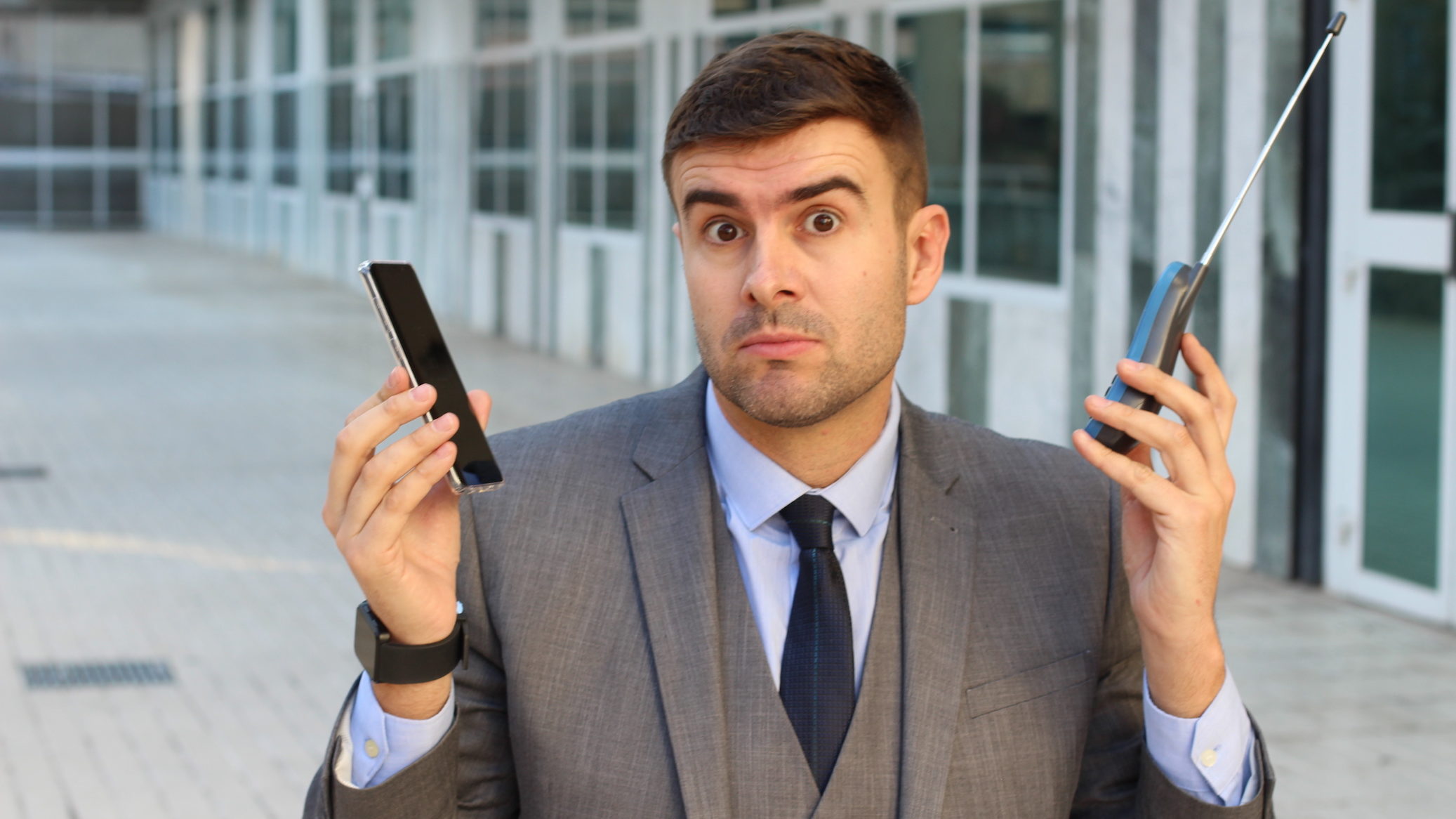 There’s a new candidate for a head-to-head comparison this month and it’s the Samsung Galaxy S10 and S10+ facing off with the Google Pixel 3 and Pixel 3 XL. How do the two stack up? Read on to find out. 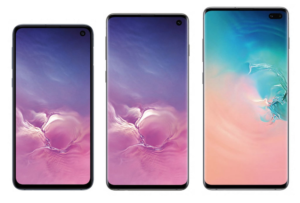 The Samsung Galaxy S10 is Samsung’s newest flagship phone that changes the game for its most recent iteration. Rather than a 5.8-inch device, the S10 has jumped far beyond the S9 to 6.1-inches. As for the S10+, it’s even more massive at 6.4-inches. Both come with Samsung’s brand-new Infinity-O display, which has higher contrast and a better overall picture than previous Galaxy models.

The Galaxy S10 and S10+ ScreenS ARE so large, they go Above the front Camera leaving a “Hole punch” in the upper right corner.

In addition, the S10’s bezels are almost non-existent as the display’s edges actually curve around the phone, even moving higher than the front-facing camera. There’s a downside, however. It leaves a “hole punch” in the upper right-hand corner—similar to the iPhone X’s notch. This can be irritating when watching videos in full screen, but S10 owners are saying they get used to it like other devices with similar visual interference.

Another perk of these displays is that they give off less blue light in order to reduce eye strain. This should also keep your phone from disrupting your circadian rhythms so you can fall asleep easier. As for the glass covering the Galaxy S10 and S10+’s screens, they have the latest version of Corning’s Gorilla Glass (Gorilla Glass 6), the super-strong, crack-resistant glass. That doesn’t mean we recommend throwing your S10 at any walls, but it would probably be just fine after the first few drops on a sidewalk.

Both of Google’s Pixel 3 Phones CaN Display 16.77 million colors

As for the Google Pixel 3, it was released in Oct. 2018 with a much smaller 5.5-inch display, meanwhile its bigger brother, the Pixel 3 XL, has a 6.3-inch screen. Both feature wonderful contrast with deep blacks and the ability to demonstrate an astounding 16.77 million colors. Although Google does not design Pixel phones with displays that curve around their bodies, the Pixel 3 does not have any obtrusive design features affecting its rectangular display. However, the Pixel 3 XL does have a similar “notch” to iPhone X models, jutting into the middle of the top of the 6.3-inch screen. Again, many say this design choice can get irritating when watching videos, but others simply get used to it.

As for the glass, the Pixel 3 and 3 XL both come with Corning’s Gorilla Glass 5, which is a year behind but doesn’t appear to show much difference in the ability to prevent cracks after several drops. Glass is still glass, folks!

On paper, the Galaxy S10’s new Infinity-O display is hard to beat with better contrast, great screen resolution, and reduced eye strain. But that’s not to say the Pixel 3’s displays are any worse to look at. If you need the best new displays in town, definitely choose the S10. if you want to avoid the intrusive “hole punch” on the S10 displays, choose a Pixel 3 (not the Pixel XL). The choice may also be decided best as to how large you want your screen. Not everyone wants a 6-inch phone.

The big story about the S10 isn’t just about its larger bodies, bigger screens, or improved specs. It’s about the new cameras. Rather than a dual camera like its S9 predecessors, Samsung has added a third to the back of both the S10 and S10+. Three is always better than, two, right? With two 12-megapixel cameras and one 16-megapixel camera, you get one for all occasions:

For the ultimate Instagram-junkie, this is quite the ultimate camera setup. For others, it might seem overkill. Whatever the case, opinions from reviews of the devices are mixed because the S9 and S9+’s dual cameras were already pretty incredible to begin with.

Rather than a dual camera like its S9 predecessors, Samsung has added a third to the back of both the S10 and S10+.

The Pixel 3 and 3 XL debuted with one of the best-reviewed cameras of 2018 by bloggers and tech review sites. They feature a 12-megapixel rear camera with a wide 76-degree field of view and the ability to shoot 4K video. They also include a plethora of software features that make it great for anyone who loves to dabble in smartphone photography.

For example, Night Sight mode that allows you to take amazingly vibrant shots in low-light scenarios, all without a flash. It takes several photos over a few seconds to combine them into the best version of your shot. HDR+ is another function that makes the Pixel 3’s cameras stand out. Similar to Night Sight, this will take several photos in a row at different exposure settings and process them into one amazing photograph. You can also take selective focus photos and alter their focus further after the fact, adjusting blur in the background or foreground of your shots to your liking.

These custom features and the resulting near-perfect photos make the Pixel and Pixel 3’s camera one of the best you can find on the market. As for that selfie camera, the Pixel 3 models come with a dual 8-megapixel camera that can do wide-angle and normal shots, much like older Galaxy models. This is great for selfies of larger groups and individual portraits.

Google’s no-nonsense approach to tech and user-friendly software is more comfortable than Samsung’s. When you beat consumers over the head with upgraded tech, eyes start to glaze over.

Google’s no-nonsense approach to smartphone camera tech and user-friendly software is more comfortable than Samsung’s. When you beat consumers over the head with upgraded tech, eyes start to glaze over. In addition, results from reviews show that the Google Pixel 3 cameras can reproduce the many of the same photographs as S10 cameras without requiring more than one rear camera.

The Galaxy S10 and S10+ come with top-of-the-line hardware, including a brand new feature—an in-screen ultrasonic fingerprint reader. This is the first of its kind tech seen in a smartphone, making it stand out among competitors. It actually uses sound waves to detect the curved lines of your finger and make sure you’re the rightful owner of your phone.

There’s also a brand new Exynos 9 (Octa 9820) processor in the Galaxy S10 models, giving them blazing speeds over other smartphones in addition to improved efficiency for battery savings. The GPU (think graphics) is also 37% faster than the previous Galaxy.

The S10 has a ton of internal storage (128GB or 512GB) as well as 8GB of memory, and the S10+ has up to 1TB of storage with an equally impressive and outlandish 12GB of memory. And just in case there’s not enough for your photos and 4K videos, you can also expand your storage on either phone by up to 512GB simply by plugging in your own microSD card.

With Samsung’s latest innovation, Wireless PowerShare, Galaxy S10 devices can charge one another or compatible accessories without a plug.

Oh, and did we mention that these phones are water resistant? Or that they have a new feature of stackable wireless charging? Because they do. Through Samsung’s latest innovation, Wireless PowerShare, Galaxy S10 devices can now charge one another or compatible accessories without the need of a wall outlet.

The Pixel 3 and 3 XL have awesome tech specs that are nothing to sneeze at including one of Qualcomm’s fastest processors, the Snapdragon 845, which makes opening apps, web browsing, and general swiping around super smooth and fast, while also being extremely kind to your battery life. Pixel 3 devices come with either 64GB or 128GB of internal storage and 4GB of memory, which is plenty to handle your average personal files, even in 2019. There is no expandable storage.

Lastly, The Pixel 3 and Pixel 3 XL include a fingerprint reader on the back of the device, fast and wireless charging, as well as IP68 water resistance which guarantees water protection if dropped in water for half an hour at 1.5 meters of depth.

Face it, the Samsung Galaxy S10 is a 2019 phone with all of the hottest hardware on the market. For that reason, it’s going to perform faster than most other phones. That said, it doesn’t mean the Pixel 3 is slow by any means. Also, with the Pixel 3 being discounted long before Google unveils the Pixel 4, you’re likely to get a better deal on a Pixel 3 or 3 XL.

battery life is something that should be a minor gripe. With the S10 models, it’s barely even a consideration.

The S10 has a 3,400mAh battery and the Galaxy S10+ has a much larger 4,100mAh battery. Despite the S10 and 10+’s large screens and heavy-duty specs, early reviews are saying they last even longer than most competitors on the market, each model reaching 12-15 hours in rundown tests. That’s even better than the previous Galaxy S9 models.

The Pixel 3 has a 2,915mAh battery and the Pixel 3 XL has a 3,400mAh battery. Testing has shown they keep up with most other handsets out there averaging between 7-10 hours of battery life each with moderate to heavy use. Some still consider that all-day battery life, so it’s certainly nothing to sneeze at. Plus, with fast charging on board, you can get back to 50% in no time.

According to reviews, the Google Pixel 3 and Pixel 3 XL average between 7-10 hours of battery life.

In 2019, battery life is something that should be a very minor gripe when it comes to a solid top-of-the-line smartphone. With the S10 models, it’s barely even a consideration. They’ll last over 12 hours without breaking a sweat thanks to efficient hardware and intelligent battery software. That’s not the case for the Pixel 3 and 3 XL. But with fast charging available for all of these phones, should you actually need an emergency charge on-the-go, you won’t have to be chained to an outlet for long to get you back in action.

There are many reasons to choose the Samsung Galaxy S10 and S10+ over the Pixel 3, but state of the art tech is the largest one. With three rear cameras, an incredible amount of internal storage (and external storage), reportedly some of the best battery life of any devices, and the latest software (Android 9) and hardware features, you really can’t outdo these phones on paper. Also, the addition of Infinity-O displays, an in-screen ultrasonic fingerprint reader, and PowerShare charging is just awesome.

There are plenty of reviews stating the Pixel 3 and 3 XL are still standout devices in comparison, so for many, it will be a question of simple versus complicated. The Pixel 3 and 3XL are older, cheaper, have less features and gimmicks, and still work as brilliant devices in 2019. Unfortunately, that doesn’t make them better either. If you’re looking for the best phones on the market, look no further than the Samsung Galaxy S10 and S10+.