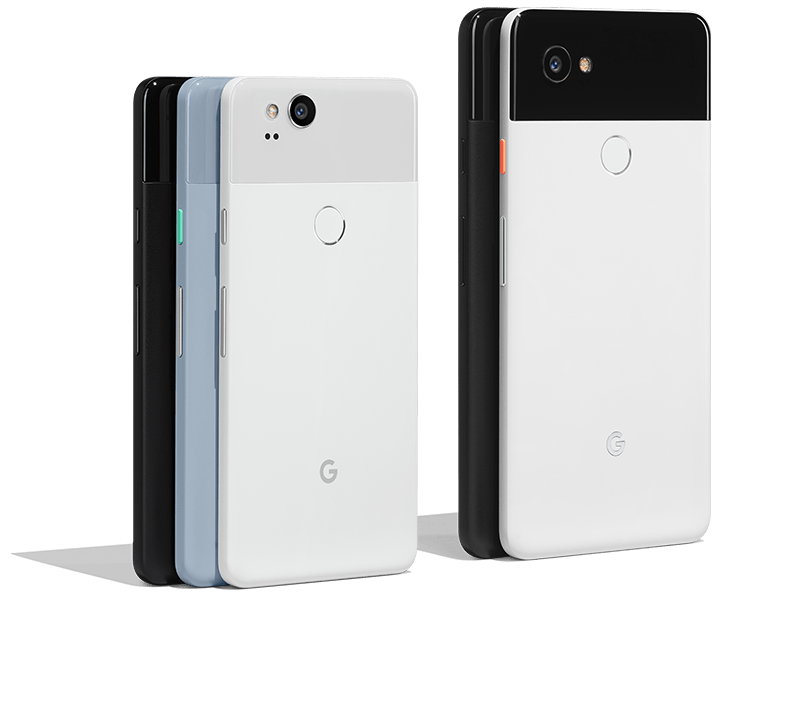 We all know Google for its search engine, but the internet giant is also making a name for itself in the cell phone industry too. Somewhat new to wireless tech, Google has stepped up its game after creating its own cell phone company, Google Fi.

Here are the phones in the Google Pixel lineup:

Google Pixels are excellent phones with fast processors, incredible cameras, and sleek designs. This guide will walk you through what plans are available for the Google Pixel series, and help you decide which one is best for you.

Most carriers, both big and small, sell Google Pixel devices, and if not, you can always buy it elsewhere and bring it to the carrier of your choice.

Take Your Google Pixel to Another Carrier

No matter where you buy your Google Pixel, you can bring your own (BYO) Pixel to other carriers as long as you own it. Google Pixel’s are compatible with every major carrier and many smaller carriers too, but before you buy one make sure you can take it where you want to by checking with your preferred carrier first.

Switch to AT&T and Bring Your Own Phone

Switch to Verizon and Bring Your Own Phone

Switch to T-Mobile and Bring Your Own Phone

Released on August 20, 2020, the Google Pixel 4a is Google’s latest budget Pixel, and it doesn’t disappoint. With a price tag under $350, this is a great option for budget-minded customers who are fans of the Pixel series. Featuring a stellar camera, a mid-range processor, and long battery life, the Pixel 4a is one of the best bang-for-your-buck phones around. You can compare Google Pixel 4a plans below.

The Google Pixel 4 and 4XL are Google’s 2019 flagship devices. These highly-anticipated smartphones have some of the best features an Android phone can have, including Motion Sense, which allows you to control your phone with a simple wave of your hand, a smarter-than-ever Google Assistant, an additional rear camera, enhanced Night Sight, which enables you to take super clear photos of the night sky, and more.

Released in May 2019, the Google Pixel 3a and 3a XL caused quite a stir online, as Google was working to compete with Apple and Samsung to create a budget-friendly phone that consumers must have. The new release of the 3a and 3a XL also spawned new sales of the device—before, only Verizon and GoogleFi sold Google devices, and after, you could pretty much get them at any carrier.

Google’s 2018 flagship devices, the Google Pixel 3 and Pixel 3 XL, are still great phones, especially if you’re looking to save a bit of money on your smartphone. That said, the Google Pixel 4a is still cheaper, so if affordability is your main priority, you may want to just go for the 4a.

As you’re researching the other Pixels, keep in mind that your options to buy one depends on which generation you want (first, second, or third) and the amount of internal storage. Carriers tend not to carry much older generations of phones since customers tend to want the latest and greatest devices, so if you want an older phone like the Google Pixel 2, you may want to buy it from a third-party retailer, such as Best Buy or Amazon, then take it to the carrier of your choice.

When you use a prepaid plan, you pay for your service beforehand. Because carriers don’t require service contracts anymore there isn’t a huge benefit to using them. However, some smaller carriers (know as MVNOs) only offer prepaid plans, so that may be your only option depending on which carrier you choose.

When you purchase a postpaid plan, you pay for your service after you use it. AT&T, Verizon, T-Mobile, and Sprint offer these types of plans and generally offer unlimited talk and text and a specified data package. The price of the plan depends on how much data you want and any extra features you want which vary carrier-to-carrier.

When it comes to getting your hands on a Google Pixel, you can do that in two ways:
Sign up for monthly payments Or buy the phone outright.

With monthly payments, you can enjoy smaller bills over time in comparison to one large bill. For instance, if you buy the 128GB Google Pixel 2 XL with Verizon’s monthly payment program, you’ll have 24 monthly bills of $39.60 (which adds up to the original $950 price tag). If you don’t have the cash to spare upfront, monthly payments can take some financial stress out of buying a phone.

If you buy one from a smaller carrier, you will likely buy it through Affirm. Affirm is a third-party financing company that can charge you up to 30% interest over the length of your payments based on your credit. This means you could end up paying more money than the phone is worth. Depending on which Pixel phone you finance, you could pay up to $200 more dollars over the course of 12-months.

If you buy a phone outright, you own it right away and can take it with you to whichever carrier you please (as long as it’s compatible). Buying outright also makes your monthly payments smaller because you aren’t paying for your phone over time.