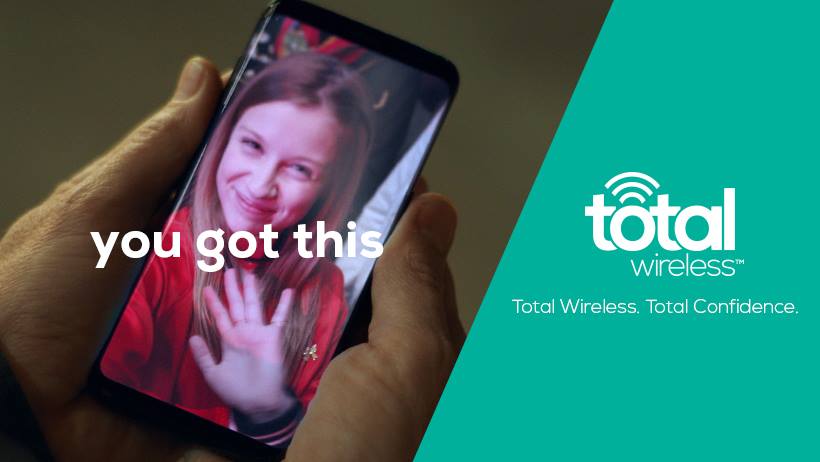 Total Wireless is an MVNO, or a smaller carrier, that operates on all of the four major networks: Sprint, Verizon, AT&T, and T-Mobile. Total Wireless phones range from the iPhone SE to the brand new Samsung Galaxy S10 to other obscure Android devices—basically, you’ll be able to find the perfect phone for you because there are many to choose from.

You have your choice of over 10 Total Wireless iPhones from the iPhone 6s to the iPhone XR and XS Max. If you want one of our top five picks for iPhones, Total Wireless is one of only a few smaller carriers that stock all five. Older iPhones like the 6s and SE might not seem appealing because they are older, BUT they’re perfect if you’re on a budget but still want a quality smartphone.

Again, you have plenty of options when it comes to Total Wireless Samsung Galaxy phones. You can choose the brand-new Galaxy S10+ or go for a vintage vibe with the Galaxy S7. (We know it’s not really vintage, but it was released in 2016, and in device years that’s old!)

When it comes to Android phones outside of the Samsung Galaxy brand, I’m sorry to report that there aren’t many choices. Between brands like LG and Motorola there are only a handful of Total Wireless Android phones available for purchase.

If you don’t need a high-end phone with all the fancy cameras and highest quality screens, there are plenty of Total Wireless phones for under $200. In their inexpensive phone line-up they have the iPhone 6s, which although old still packs a punch! Total Wireless also has a few Samsung Galaxy devices in this price range along with a few other Android phones.

How to Buy a Total Wireless Phone

Total Wireless phones can be bought outright, or via monthly installments through a third-party company called SmartPay.

When you buy a Total Wireless phone outright, you own it right away by paying one lump sum payment upfront. If you have the cash to spare, this is the way to go because you won’t have to worry about larger monthly payments (or interest fees) that occur with SmartPay installment plans.

SmartPay allows you to buy a Total Wireless phone by making smaller, more affordable, monthly payments over time instead of buying it outright. Note that SmartPay DOES charge interest—if you were to buy the iPhone XR through monthly payments, you’d be paying over $100 more than the actual cost of the phone over the 24-month installment period.

Another thing to note about SmartPay is that not everyone gets approved. To qualify, you need to:

Bring Your Own Phone to Total Wireless

If you already own a phone and don’t need to buy a new one, you can bring your own phone to Total Wireless and just buy a service plan.

To bring your own phone with you, there are a few requirements: