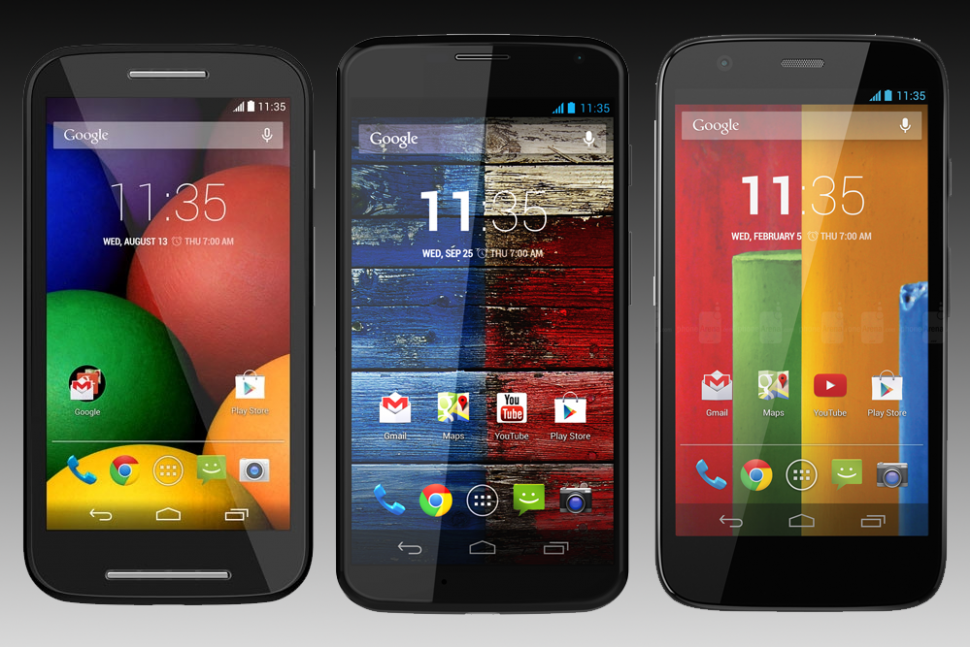 In the 2000s, Motorola made a big name for itself after selling the must-have flip phone, the Razr. With its sleek edges and unique design, it broke the mold of monotonous cellular phones. Today, Samsung and Apple make the most popular phones, but Motorola still has plenty of great options with its Moto-branded Android devices. With budget phones under $100 and some higher-end models over $500, Motorola has a phone for everyone. This guide will walk you through finding the best Motorola plan for you and hopefully help you save money along the way.

Once you find your perfect Motorola phone, you can start looking for plans. As you start shopping, keep in mind that not all Motorola phones will have the same plan options. For instance, the Moto Z3 has just over 20 plans from one carrier, whereas the Moto G6 has over 100 plans from a dozen carriers.

How to Find the Best Motorola Phone Plan

With a Motorola phone, you have plenty of prepaid plan options. With the Moto E3, for instance, there are over 140 plans with more than 70 prepaid options.

You pay for prepaid plans before using the service, and they are popular with smaller carriers like Cricket Wireless or Boost Mobile who ONLY offer prepaid plans. Pay-as-you-go plans are also prepaid, but those prices can vary each month depending on how many minutes you use and how often you need to refill your account. These plans are beneficial if you’re on a budget or need service intermittently.

Most postpaid plans offer unlimited talk and text, so you just need to pick a plan with the right amount of data.

Most postpaid plans are offered by the “Big Four” carriers—AT&T, Sprint, T-Mobile, and Verizon. With postpaid plans, you pay for your service after you use it. Most postpaid plans offer unlimited talk and text so you don’t have to worry about how many calls you make or texts you send. Some plans also offer unlimited data, although, depending on the carrier, some reduce your speeds after using a set amount of high-speed gigabytes. The price of plans generally go up depending on how much high-speed data you want.

There are two ways to purchase a Motorola cell phone:

Depending on which phone and carrier you choose, you’ll have different options when it comes to paying for your phone. Check out some of the most popular (and affordable) Motorola phones below.

If you don’t have the cash to buy a phone outright, you can take advantage of programs that let you pay for a phone through monthly payments. Choose your monthly payment plan carefully. Sometimes monthly payments go towards renting (or leasing) a phone you’ll never own, and some others can charge you large amounts of interest on each payment depending on your credit.

Let’s Talk Tip: Stay away from third-party financing if you don’t want to pay more than the retail price for your Motorola phone.

Many smaller carriers let you finance a phone through third-party companies. Affirm is one commonly used finance company that allows you to pay off your phone in 6, 12, or 18 monthly payments. Although spreading out payments can make it financially easier to buy a phone, one downside is that Affirm has the right to charge you 30% interest on those payments, which would mean you’re paying more than the cost of the phone by the end of your installment plan. Compared to brands like Apple and Samsung, Motorola phones are much more affordable, so even though it may be tempting to finance the phone, buying outright is probably a better option.

Buy or Lease a Motorola Phone From a Carrier

The Big Four carriers all offer their own monthly payment program with different quirks. For example, AT&T’s Next and Next Every Year program allows you to pay off your phone in 24 or 30 monthly installments with no interest—it is a fairly straightforward program.
However, if you go with Sprint Flex, you lease the phone for 18 months, and during that period Sprint owns the phone. After 18 months you can choose to return the phone, buy the phone, or upgrade to a new phone and pay for a new lease.

If monthly payments aren’t up your alley, you can always buy a Motorola phone outright from a carrier or from the manufacturer. As you begin looking for your perfect Motorola phone, keep an eye on carrier discounts, many will offer deals to new customers looking to make the switch to their network.