5G cellular technology might be blazing fast, but the rollout of its cell sites and supportive hardware has not been so swift. Currently, most cell phone carriers do not have a single 5G device available. Verizon Wireless is the frontrunner with the first 5G-compatible phones available in the U.S.

Read on to learn about all of Verizon’s 5G phones and their availability:

What 5G Phones Does Verizon Have?

In 2019, Verizon unveiled two phones that are compatible with their 5G Ultra Wideband cellular network in Chicago and Minneapolis. One of them can be purchased immediately while the other won’t be available in stores until later this spring.

Motorola’s moto z³ is the first smartphone available in the U.S. market that supports 5G. However, in order to gain 5G functionality, you need to purchase a separate moto mod to attach to the back of the device. 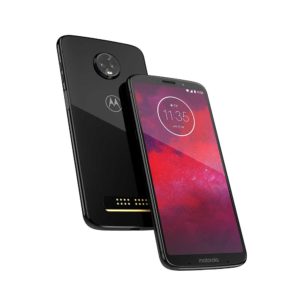 The 5G-ready moto z³ is a very thin 6-inch that features modern hardware specs and updated Android software, so you won’t be left behind by technology simply because it’s a year old. It’s also very sleek with an all-aluminum frame and glass on both sides. On the back, you’ll find a nice 12-megapixel camera and magnetic pins that are used to connect with Motorola’s moto mods. The z³ also has a big 3,000mAh battery that can last 24 hours with casual use.

The best part? It retails for $480, which is more affordable than most other flagship phones on the market. Even if you weren’t looking for 5G phones (or one that is upgradeable to 5G), the moto z³ is a great one with modular functionality you cannot find with any other brand.

What is a Moto Mod?

Motorola first created moto mods in 2016 to allow users to add on features by attaching hardware to magnetic contacts on the back of devices. Moto mods are only compatible with Moto Z devices that feature this modular functionality.

To gain 5G functionality with a moto z³, you’ll need to purchase the 5G moto mod for an additional $199.99. Motorola’s 5G moto mod comes with 5G antennas and radios capable of using millimeter waves to communicate with 5G cell sites. To use the 5G moto mod, you simply snap it on to the back of your moto z³ when you’re in a 5G area. Verizon’s 5G network is in Chicago and Minneapolis but will be available in 30 cities by the end of 2019.

As for those Verizon 5G speeds, Motorola says its 5G moto mod can support download speeds that are ten times faster than current LTE networks. Time is money, and with that kind of capability, Motorola’s 5G moto mod may be well worth the money and extra phone bulk.

The main downside of using Motorola’s moto z phones and moto mods is that you’re locked into an ecosystem with fairly expensive accessories that add various amounts of utility to your phone. But with so few 5G phones on the market, the 5G moto mod is almost certainly your best bet on total price. The two only cost $639.99 together, which is more affordable than most newer Samsung and Apple devices the market.

Samsung’s Galaxy S10 5G is the second 5G-compatible smartphone available for use with U.S. carriers. Verizon is the only U.S. carrier that’s currently selling the device to consumers for use on its 5G network.

This 6.7-inch phone is a giant, closer in size to a tablet than a traditional phone. So what’s all the hype about? It comes with the following:

To get one for yourself, you can preorder one from Verizon or wait until they’re in store on May 16 for use on Verizon’s 5G Ultra Wideband network.

How much is it? 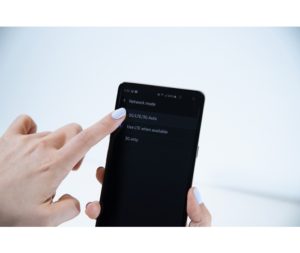 In addition to a compatible 5G phone and nearby 5G coverage, you’ll need a Verizon plan to fully utilize their 5G Ultra Wideband network.

Presently, Verizon has one option for using its 5G network. Using an Add-on to Verizon’s Unlimited plans, you can get 5G service for just $10/month (on top of plan costs). Or, if you use their current promotion, when you sign up you’ll get the first three months of service free!

That’s a pretty sweet deal for an early adopter, but if you don’t live in Minneapolis or Chicago, by the time you can actually buy a 5G phone or use a 5G network, these options are likely going to change drastically.

ABOUT US
Unbiased recommendations on the best cell phone plans and deals based on value for money, coverage, and service. We do the the research and comparisons so you don't have to.
© 2020 LetsTalk.com