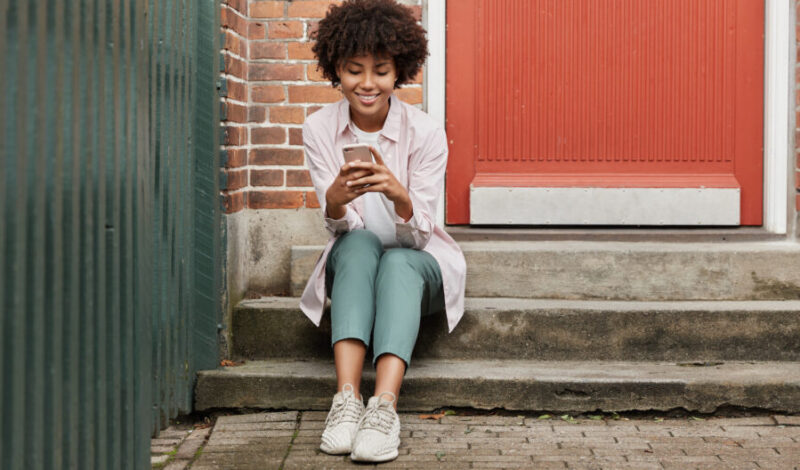 What happens when you reach your data cap depends on which phone plan you’re on and which carrier you have. Different carriers enforce data caps differently. In order to know what happens when you use all your data, you’ll need to check your specific plan’s details. You’ll likely be able to find this information by logging into your account and viewing a recent phone bill. Carriers also tend to include this information on their websites.

Generally speaking, two things can happen when you reach your data cap:

Which carriers slow your data speeds?

With these types of plans, you have a specific amount of data at full speed (4G LTE or even 5G). Say your phone plan includes 10GB of high-speed data. After you use 10GB in a given month, then you’ll still have access to data, but it will be at a slower speed. Most carriers reduce your data speeds to 2G, which is virtually unusable, so it more or less feels like your data has been cut off. But still, it’s better than accumulating data overages.

Some popular carriers that offer these types of limited data plans include:

Which carriers cut off your data?

Instead of slowing your data once you’ve used your monthly data allowance, a carrier will cut off your data until the next month. This is sometimes referred to as a “hard data cap.” For instance, if you’re on a 5GB data plan and you use all 5GB of data before the month is over, then you won’t be able to access data or use apps that require a data connection until the next billing cycle. You can, however, connect to WiFi wherever it’s available and still access the internet from your smartphone. Some carriers that offer hard data caps include:

What to look for in a data plan

With so many carriers and phone plans on the market, it can be hard to narrow down your search, which is why we’re here to help. Here are some things you’ll want to take into consideration before choosing a phone plan that’s right for you:

Will I have to pay data overage fees?

Whether you have to pay data overage fees depends on which carrier and plan you have, but overage fees are pretty rare nowadays, with carriers forgoing overages in favor of hard data caps or dramatically reduced speeds. That said, there’s a chance you may have to pay overage fees if you’re grandfathered into an old plan offered by a postpaid carrier, so make sure to check with your carrier.

How much data does the average person use?

The average U.S. adult uses about 6GB/month of data, but if you rely heavily on your phone then you may wind up using much more than that.

How much data does Netflix use?

YouTube uses anywhere from 100MB/hour to 750MB/hour, depending on which video quality setting you are watching it on.

How much data does social media use?

Facebook uses about 85MB/hour, which isn't a lot when you compare it to other platforms, such as Instagram, which uses about 720MB/hour and Tik Tok, which uses 1GB/hour. Snapchat doesn't suck up too much data, using about 170MB/hour.

How can I reduce my data usage?

You can reduce your data usage by connecting to WiFi whenever it's available, exiting background apps, saving downloads for WiFi, setting your streaming quality to SD or lower, and turning off autoplay on your video apps. You can also turn on the data saver setting on various apps as well as on your phone.

How Much Data Do You Need?

How Does Fiber Internet Work?