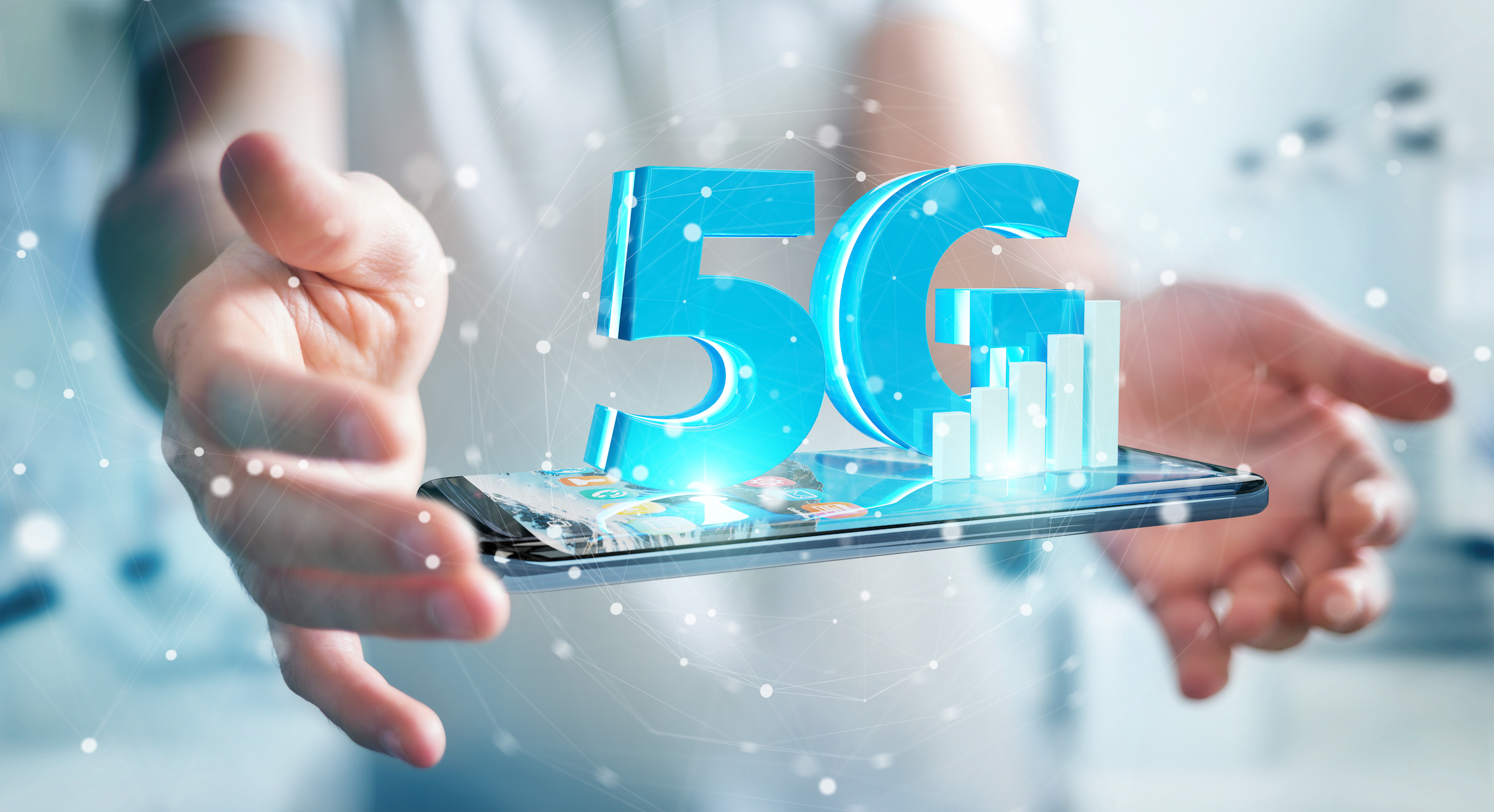 5G is available with all of the major carriers, AT&T, T-Mobile, Sprint and Verizon, and even with some of the smaller carriers, including Metro by T-Mobile. But what does that mean for you? And why is 5G different than 4G? Does 5G work on your smartphone? Is 5G safe? Read on and we will explain all of the details of this game-changing innovation.

5G is the most recent mobile network technology, with faster speeds and improved network reliability beyond that of 4G LTE. The G stands for “generation,” and each number (1-5 so far) represents an iteration of mobile technology. You’ve probably seen previous generations of 5G, like 3G or 4G LTE, displayed on your phone when you’re using data.

How Does 5G Work?

But unlike prior mobile technology, 5G uses additional higher frequency bands (or wide bands) called millimeter waves that allow for:

One major benefit of 5G technology is that it works seamlessly with the current network 2G/3G/4G LTE infrastructure. That means you won’t notice any drop of connection between 4G and 5G in any given area.

The main downside to 5G technology is its limited range. In order to compensate for its short-range, carriers have been installing smaller 5G cells all over major cities.

The biggest improvement of 5G is much faster speeds compared to previous technologies, including 4G LTE. That means if you want to download all four seasons of your favorite show, you’ll be able to do it in a matter of minutes on a 5G network, compared to the hours it would take on 4G LTE.

Although 5G is still relatively new, and actual speeds with 5G range greatly between carrier, recorded speeds typically start at around 50Mbps, and go anywhere up to 10Gbps. Meanwhile, 4G LTE usually ranges between 15Mbps and 50Mbps on average. To put it into perspective, Verizon, who currently boasts the fastest 5G network, has download speeds topping out at just over 1Gbps. Other carriers, while advertising connections that are faster than 4G LTE, don’t quite reach those same speeds that Verizon advertises. Take a look at the table below to see what other major carriers advertised 5G speeds are.

*These are the speeds advertised by each carrier, but keep in mind, you may not actually achieve these speeds, especially since it’s early days for 5G technology.

WITH 5G YOU CAN DOWNLOAD A HIGH-DEFINITION FILM IN MINUTES

There has been a lot of speculation around the safety of 5G, especially since more and more consumers can see 5G cells around their city. Although 5G is a new technology and its millimeter-wave signal might be a concern to some consumers, the 5G cells you might see in your city are placed relatively high up, away from consumers and out of harm’s way. The reason people see so many 5G cells in their city is because they have a relatively short range, approximately 1,000 feet, which means carriers need to place a lot of 5G cells around cities to make sure there is consistent 5G coverage.

Where is 5G available?

5G is available in most major cities and is continuing to expand into more cities and areas, but 5G currently does not have the same sort of nationwide coverage that 4G LTE has, except with T-Mobile. You may not have access to 5G depending on where you live, although your phone will automatically switch between 4G LTE and 5G if you do visit an area with 5G cells with your 5G capable phone and plan.

If you are interested in using 5G, you’ll need to make sure that your phone and plan are 5G-capable and that your city has 5G access. In this section, we’ll break down what cities have 5G, which carrier has 5G, as well as which 5G-capable phones are currently available on the market.

Carriers are continuing to add more coverage to meet consumer demand, but since it’s still in its infancy, 5G coverage greatly varies between carriers. You can see this by taking a look at the 5G coverage maps below.

T-Mobile has the most 5G coverage, covering 5,000+ cities nationwide, while U.S. Cellular only has 5G coverage in parts of Iowa and Wisconsin. Take a look at the list below to see approximately how many cities each major carrier has coverage in.

Although T-Mobile has the most 5G coverage, its 5G speeds are slower than other carriers

Although AT&T, Sprint, T-Mobile, Verizon, and U.S. Cellular are the only carriers with their own 5G network, several smaller carriers that run on these major carriers’ networks have been able to gain their 5G access as well. 5G access doesn’t cost an additional fee with any carrier yet, although Verizon has a $10/month 5G access fee that they’re currently waiving on their 5G capable plans.

Luckily, most carriers, including carriers without 5G access, do sell 5G-capable phones. Phone manufacturers are continuing to roll out 5G-capable phones as well, so you have plenty of options.

Below are some popular 5G capable phones available from various carriers.

Looking for the latest and greatest Samsung Galaxy phones?

Do you like Samsung, but want something from the Note series?

Are you looking for a 5G phone with the option of a dual screen?

How about an affordable 5G phone with super-fast charging abilities?