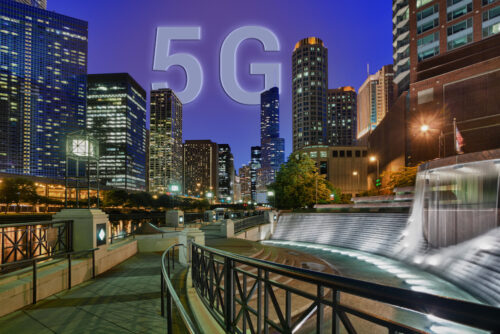 With more and more 5G phones becoming available from brands like Samsung and LG, it’s important to know exactly where you can get 5G coverage. After all, you’ll only get 5G service if you have a 5G phone and 5G plan with proper coverage. Carrier 5G coverage maps are changing regularly, as the major carriers continue to build new cell towers and infrastructure to power these 5G networks. We’ll keep this article updated as new cities and states are added to each carrier’s 5G coverage map.

Verizon was the first carrier to launch true 5G mobile network in the US, with the other carriers following suit shortly after. Now, T-Mobile has the most 5G coverage in the country as you can see from the 5G coverage maps below, and AT&T comes in second. Sprint customers with compatible 5G phones also have access to T-Mobile’s 5G network.

According to Opensignal, Verizon’s 5G network is the fastest of all major U.S. carriers, with download speeds clocking in at over 722Mbps on average. However, when it comes to 5G coverage maps, Verizon still has a long way to go compared to the likes of T-Mobile.

When it comes to 5G coverage maps, T-Mobile’s (which is now also Sprint’s) is the most impressive, with coverage in all 50 states. Not only that, but all states except Alaska have 5G coverage in multiple cities.

One thing to note about T-Mobile’s 5G network is that the speeds are slower than Verizon’s 5G speeds—by a lot. Opensignal’s 5G speed tests completed between December 2019 to January 2020 showed T-Mobile’s average download speeds to be around just 47.5Mbps (on the nationwide 5G network), with Verizon’s averaging 722Mbps.

AT&T 5G has been a bit confusing over the years with the carrier offer 5G Evolution, 5G, and 5G+. 5G Evolution has been available for a while now—if you’re an AT&T customer you may have noticed a 5GE symbol on your phone—but let’s be real, it’s not actually 5G. It’s basically still AT&T’s 4G LTE network using the same cell towers but with enhancements—it by no means is 5G.

As of July 23, 2020, AT&T launched its 5G network across the country, with blazing-fast speeds now available in all 50 states. Of course, not all cities will have 5G access, but coverage is pretty impressive.

5G speeds vary depending on which carrier you’re with. According to Opensignal Verizon wins the prize for the fastest 5G download speeds with an average of 722.9Mbps. In second place was T-Mobile’s mmWave 5G at 243.1Mbps—so you can see it’s a pretty big difference. What’s more, T-Mobile’s most commonly used 5G network is its 600MHz 5G network which has download speeds of just 45.7Mbps.

So what do these numbers actually mean? Let’s put it into the context of 4G LTE speeds that we currently experience. Here’s how each carrier’s average 4G speeds compare to their average 5G speeds.

As you can see, Verizon’s 5G network is ridiculously faster than its current 4G network—almost 28 times faster in fact. But then look at T-Mobile or AT&T’s 5G speeds—they’re only about double their current 4G speeds if that.

The actual 5G speeds are an important factor to consider when choosing your next 5G network. Although T-Mobile may have the most impressive 5G coverage map, its speeds are nowhere near as impressive as Verizon’s.

So how do you actually enjoy these super-fast mobile data speeds? Follow these steps and you’ll be on your way to a better mobile experience:

There you have it! Once you have 5G coverage, a 5G phone, and a 5G plan, you’re good to go. You’ll experience 5G speeds whenever you’re within range of your carrier’s 5G network—when you’re outside of it, you’ll be back on 4G where available.