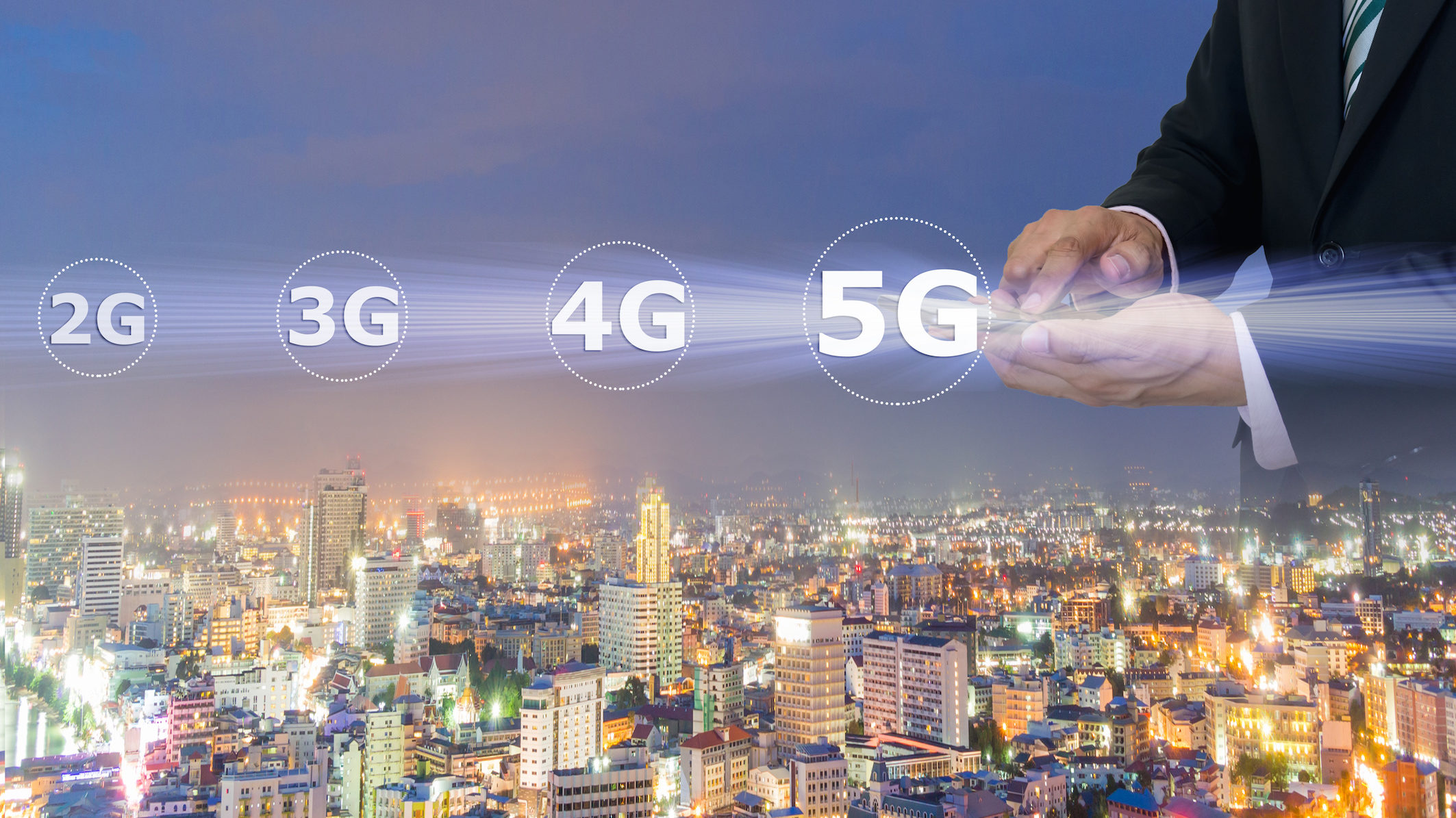 Carriers are promising that their new 5G cellular networks will reach speeds 10 or 20 times faster (depending on the carrier) than their current 4G cellular networks. These kinds of speeds allow for lag-free online gaming, buffer-less 4K streaming, and large file downloads and uploads in the blink of an eye. How does this compare to older cellular technology? Read on as we look at how 5G speeds compare to 2G, 3G, and 4G networks.

You’ve likely heard cellular networks described as “3G” or “4G” before. Each of these represents the next iteration of cellular network technology. The “G” stands for generation, so 2G (second generation) came before 3G, 3G before 4G, and so on.

5G is the newest and most advanced generation of cellular technology, and it comes with faster speeds, better network reliability, higher bandwidth, and lower latency. It’s currently being installed across the country by the top U.S. carriers—AT&T, Sprint, T-Mobile, and Verizon.

Read our other 5G articles:

Each new generation of mobile network technology delivers faster download speeds than the one previous. 5G networks are still rolling out, so the average speeds of this latest generation are still being determined.

The 5G speed information we’ve gathered below is based on current speed tests. For example, most network speed tests done on Verizon’s 5G Ultra Wideband network in Minneapolis and Chicago have shown download speeds ranging between 500-700Mbps.

That’s much slower than theoretical peak speeds of 10Gbps (some networks also claim 20Gbps for a limit), but you can still easily download a full-length HD film in less than two minutes. For the full comparison, take a look at our speed comparison table below.

you can download aN HD film in less than two minutes with 5G speeds.

Data Speeds in the Real World

Not all of us will download 4K videos or insanely large games on our phones, so you might be curious how fast you can download an average HD movie, music album, or podcast. Below we show you how fast (or slow) you can download each via 2G, 3G, 4G, or 5G networks.

5G is so fast latency can be as low as 1 millisecond.

What is Latency and Why is it Important?

If you grew up in the 90s, you know the frustration of waiting endlessly for videos to buffer or online games to catch up with servers (always in the midst of an important battle). This was due to network lag, also known as latency.

Latency measures the time it takes to receive data back from servers after your computer (or your smartphone) sends its own data. The longer that time is, the higher your latency is (worse), and the shorter it is, the lower your lag (better).

Low latency is an important aspect of 5G technology, as its latency can theoretically be reduced to as little as one millisecond—which is virtually unnoticeable. Beyond the elimination of general lag and buffering, 5G technology has the potential to benefit future interconnected technology, known as the Internet of Things (IoT).

Some IoT 5G possibilities include:

Bandwidth and Streaming: 4G vs 5G

If you’ve ever watched YouTube on your phone and noticed the streaming quality plummet, you’ve been a victim of network congestion and low bandwidth. This is a common problem on 3G and 4G networks (you can’t really stream on 2G), where the radio frequencies used to transfer data can only support a limited amount of devices at once. 5G technology looks to change that.

Because 5G uses higher radio frequencies, it supports higher data speeds with less device interference. In fact, 5G can support 10 times more devices per meter than 4G can. That translates to more consistent data speeds for high-quality streaming (like HD videos) for more devices per square kilometer. That’s especially useful in a place like New York City, where millions of people use the same networks in a small area.

But 5G doesn’t come without its drawbacks. The same radio frequencies used to improve speeds and network congestion do not penetrate buildings or walls very well, and they also don’t travel as far. That’s why 5G phones also come with 4G antennas to seamlessly switch between 5G and 4G cellular networks as needed.

5G networks are still very under construction in the U.S., with T-Mobile currently the only carrier to offer 5G nationwide. Check out the coverage map below to see whether there’s 5G available in your city and from which carriers.