Should you buy a 5G phone right now? The answer to that question is a complex one, with very few 5G-compatible phone options available right now and waiting periods for others. We’ll help you answer this question below.

When Will 5G Phones be Available?

Currently there are two 5G compatible phones available for use in the U.S., and they are temporarily exclusive to Verizon—the Moto z³ and Samsung Galaxy S10 5G. The Galaxy S10 5G debuted with Verizon on May 16 and will soon follow on AT&T, Sprint, and T-Mobile. The Moto z³’s 5G moto mod has been available since April. 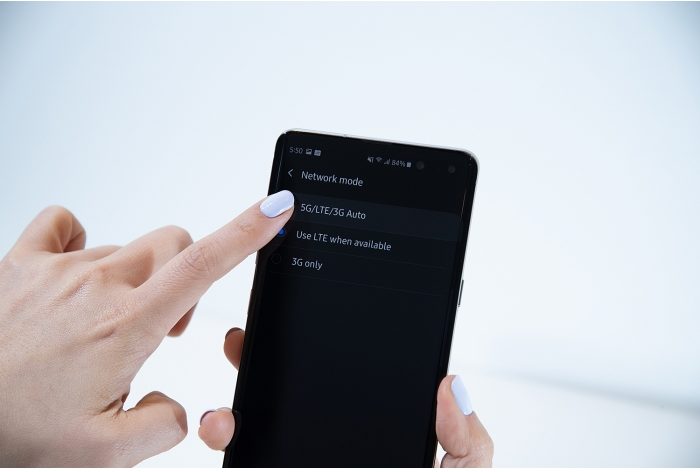 What is the Best 5G Phone I can Buy?

What’s the best 5G phone you can buy? Best is difficult to define with so few options, but if you want the best budget 5G phone, the moto z³ with a 5G moto mod is your jam. However, if you’re talking about pure performance in a flagship package, the Samsung Galaxy S10 5G is your best option.

Which 5G Phone is the One for You?

Why You Should Buy a 5G Phone

If you’re interested in downloading large files, playing competitive online games, taking HD video calls, or streaming 4K videos on the go with no latency, 5G might just be worth it.

Right now you can only benefit from 5G in select cities in very small areas. Minneapolis and Chicago are the first areas with Verizon’s Ultra Wideband 5G network up and running with phones for sale that can utilize it. With dozens of cities coming online soon, urban dwellers can reap the rewards of 5G proximity first.

You Have Money to Burn

5G tech is brand new, and it’ll be more expensive in the short term. Verizon charges $10/month on top of existing Unlimited plans (starting at $75/month), and the Samsung Galaxy S10 5G starts at $1,299. If you can afford to grab the best phone on the best network with the newest and fastest cellular technology, why not?

Why You Shouldn’t Buy a 5G Phone

You Don’t Need One

The truth is, you don’t need 5G or a 5G phone. Standard 4G LTE speeds (5-12Mbps) are all people need to do HD video streaming, online gaming, and downloading apps from your app store fairly quickly.

As noted, this stuff is expensive. The Samsung Galaxy S10 5G starts at $1,299 and upcoming options are likely to be similar in cost. Many people wouldn’t spend that much on a laptop let alone a smartphone, even with the monthly payment plan. You may be better off using your extra cash on a 4G phone for two years while 5G becomes more mainstream.

Recently installed technology like 4G LTE Advanced is capable of 50% faster speeds (Verizon has this in over 450 cities) than traditional 4G. Unlike 5G, 4G LTE Advanced is also widely available and supported by phones with every major carrier.

5G Networks and Phones are Still Rolling out

5G infrastructure barely exists. Like any new technology, cellular networks take time to develop and get the kinks worked out, and the same goes for 5G smartphones. As of this writing, there are only two 5G phones you can buy (Note: You can also pre-order the V50 ThinQ 5G on Sprint). Worse, it’s via a network with coverage in only two downtown areas. You can definitely wait.

The Best Family Plans for April 2020

T-Mobile & Sprint Merger: What it Means For You

How to Watch Netflix with Your Friends During Quarantine

ABOUT US
Recommendations on the best cell phone plans and deals based on value for money, coverage, and service. We do the the research and comparisons so you don't have to.
© 2020 LetsTalk.com