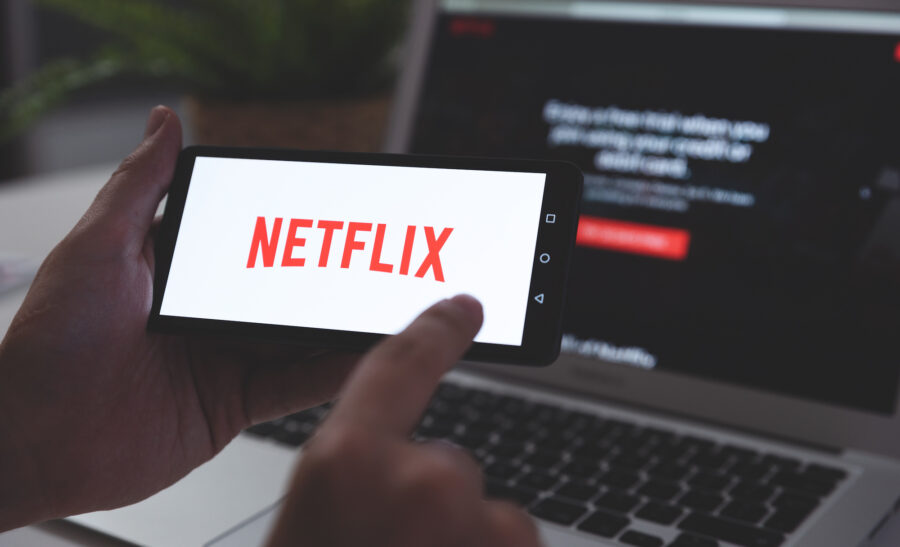 The landscape of entertainment has changed with the emergence of popular streaming platforms, such as Netflix, Hulu, Amazon Video, and more. Millennials are probably the last generation to remember what it was like to flip through a TV guide in anticipation of what would be on that day or week. With thousands of movies and TV shows available on various streaming services, it’s tough to justify paying the high price tag for cable—especially when you can get a free subscription with your cell phone plan.

There was a time where it made sense to pay for cable. Back in the days of TV guides and TGIF, when there were no streaming services, cable was a no-brainer—especially when it was bundled with internet plans. But nowadays, with literally hundreds of streaming services to choose from, why pay an arm and a leg for cable? The average U.S. household spends about $96/month on cable—that’s equivalent to $1,152/year!

Not only did streaming services revolutionize the ability to curate your own list and watch video on-demand, but they made access to TV and movies far more affordable—consider the fact that Hulu Basic costs just $5.99/month. As such, millions of Americans choose to forgo cable in favor of one or more streaming services. And several cell phone carriers, in an effort to provide customers with more attractive plan features, now include free subscriptions with their unlimited plans.

Say goodbye to cable and hello to movie nights and binge-watching your favorite TV shows, on your schedule. The following cell phone carriers offer free streaming services with their unlimited phone plans:

If you sign up for an unlimited plan with one of the above carriers you can save between $72/year and $180/year. Tack that onto your cable boycott, and you’re looking at an extra $1,300 or so in your pocket each year. Even if you decide you want more than one streaming service, you’ll still only be paying a fraction of what you were paying before.

Calling all Hulu fans! Sign up for one of Sprint’s unlimited plans—Unlimited Basic, Unlimited Plus, or Unlimited Premium—and get a free Hulu Basic subscription. You’ll save about $72/year with this free subscription. Check out some popular TV shows you’ll definitely want Hulu for:

If you’re more of a Netflix person, you’ll want to check out T-Mobile’s Magenta and Magenta Plus plans, which include a free Netflix subscription (as long as you have at least two lines on your account) The Magenta plan includes the Netflix Basic plan (one SD screen), which will save you $108/year, and the Magenta Plus plan includes the Netflix Standard plan (two HD screens), which will save you $155.88/year. Popular Netflix shows include:

T-Mobile will also throw in a free subscription to Quibi—you get both Netflix and Quibi for the first year and then you choose between the two. Quibi is a new streaming service for short-form videos (roughly seven to ten minutes long). We suggest you choose Netflix since it’s the more expensive of the two.

How to Get Free Amazon Prime

Some popular Amazon Video shows include:

Verizon decided to up its game and include a free Disney+ subscription with its unlimited plans—Start Unlimited, Do More Unlimited, Play More Unlimited, and Get More Unlimited. Unlike the other free subscriptions on this list, Verizon is only offering free Disney+ for one year. This is only a limited-time offer, so if you’re thinking of switching to Verizon, now is the time to make moves—this offer is only valid for customers who sign up by June 1, 2020.

Disney+ was the highly-anticipated streaming service of 2019, with both old and new movies and shows, such as:

Last but not least, we’ve got AT&T—with AT&T’s top-tier unlimited plan, Unlimited Elite, you’ll get a free HBO subscription, saving you a whopping $180/year. Granted, at $85/month, this AT&T plan is more expensive than some other phone plans that include free streaming subscriptions but HBO is also the most expensive service on this list, costing $15/month so it kind of makes up for it.

From May 27, 2020 AT&T’s Unlimited Elite plan will include a free subscription to HBO Max.

Popular shows you can watch on HBO include:

What if I Want it All?

Say you’re on the T-Mobile Magenta Plus plan, so you get a two-screen HD Netflix subscription for free ($12.99/month value), but you ALSO want Hulu, Amazon Prime Video, and Disney+. Even if you pay for the other three, you’ll still only be spending $26/month as opposed to the $96/month most people are spending on cable. That’s still an average savings of $70/month, or $840/year. All in all, going the streaming route is more economical and it will fulfill all your binge-watching needs.

Monthly Installments Plans or Leasing? There is a Right Answer