With the onset of the coronavirus pandemic, you’re most likely spending your time quarantined or social distancing to do your part to flatten the curve. You’re probably tired of hearing the phrase “the new normal,” but the reality is, our lives have changed in a major way. With those changes comes a high amount of stress and anxiety. Sometimes the only thing we can do is find a good TV show to get lost in, so we can forget the outside world, if only temporarily. The good news is, Netflix is a gold mine of TV shows so addicting you’ll be insulted when Netflix asks “Are you still watching?” We’ve done our due diligence and rounded up the best TV shows on Netflix right now so you don’t have to spend hours searching.

Top TV Shows to Watch on Netflix While Social Distancing

Here are the top shows you can binge on Netflix in April 2020:

Get ready for happy tears when you watch this charming, hilarious Canadian sitcom about a wealthy family that loses all their money and has to move to a small town called Schitt’s Creek. The series finale (season 6) aired this past week on Pop TV and will be available on Netflix in October, 2020, so you best go catch up on seasons 1 – 5. It’s the type of show that you’ll immediately restart once you’ve finished it, it’s that good. 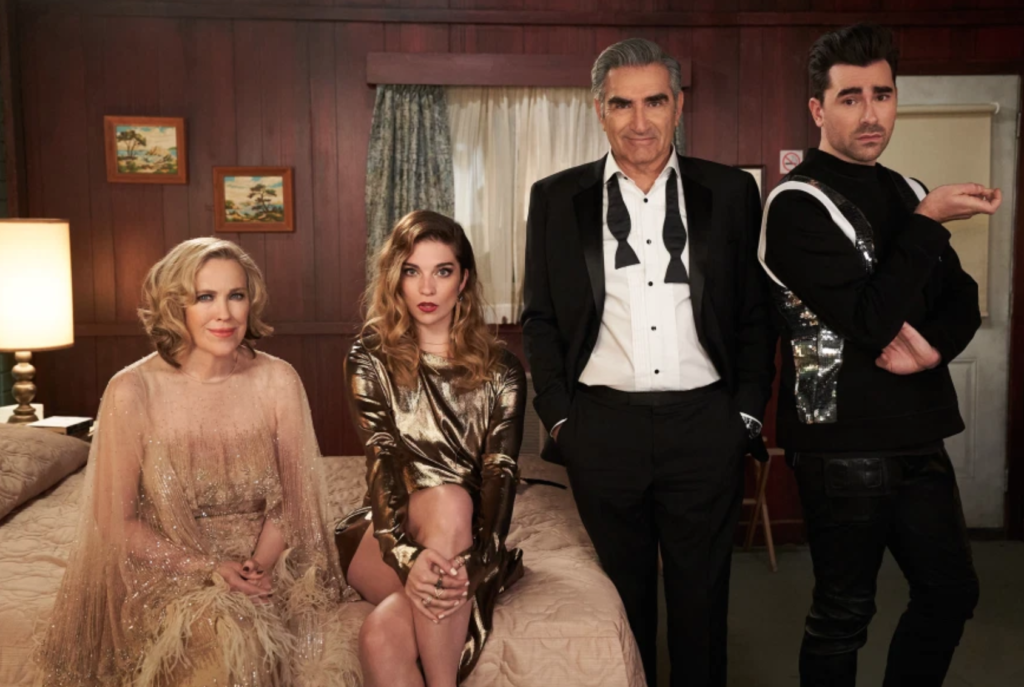 This crime drama about the world of money laundering is the ultimate bingeable show. It’s suspenseful, well-paced, and the acting is supreme. Season 3 just dropped on Netflix, so get watching! 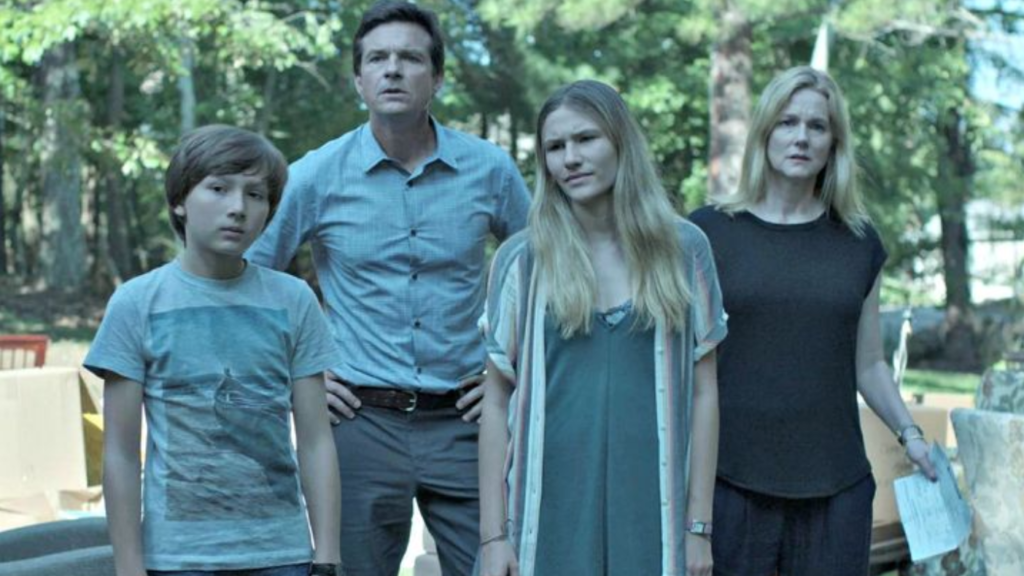 Get ready for a seriously wild ride. Enter the world of exotic animal rivalry, deceit, moral bankruptcy, and narcissism. Seriously, it’s like a train wreck you can’t look away from. 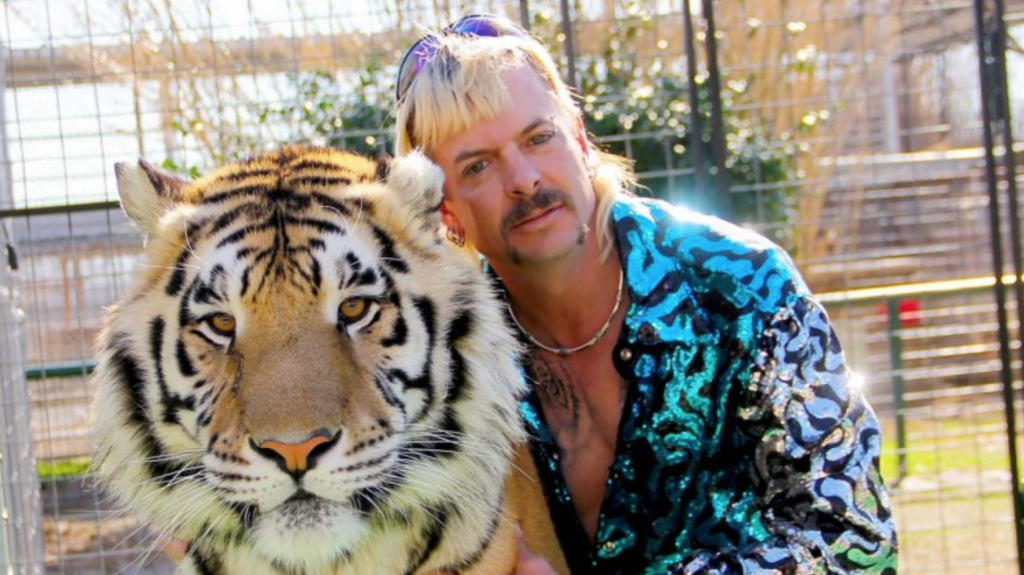 This British dramedy follows the life of an awkward teen boy, Otis, as he begins providing sex advice to fellow students despite the fact that he’s never had sex. Plus, you can’t go wrong with Gillian Anderson, who plays his sex therapist mother. 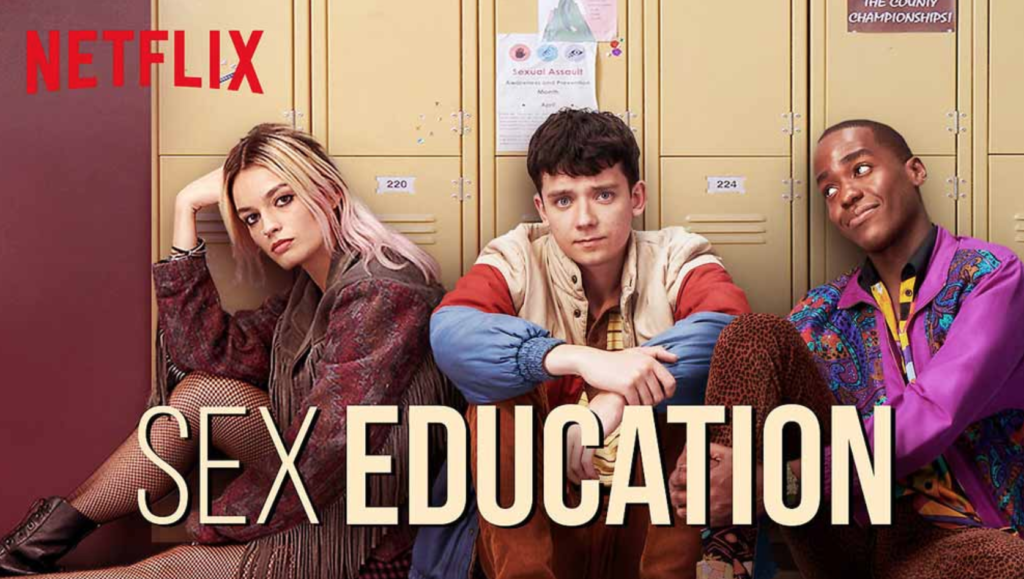 Based on the book series of the same name, The Witcher is a fantasy epic sure to wow Game of Thrones fans. It follows the story of the witcher, Geralt of Rivia, a mutated monster hunter, and Princess Ciri, who are inextricably linked to each other. 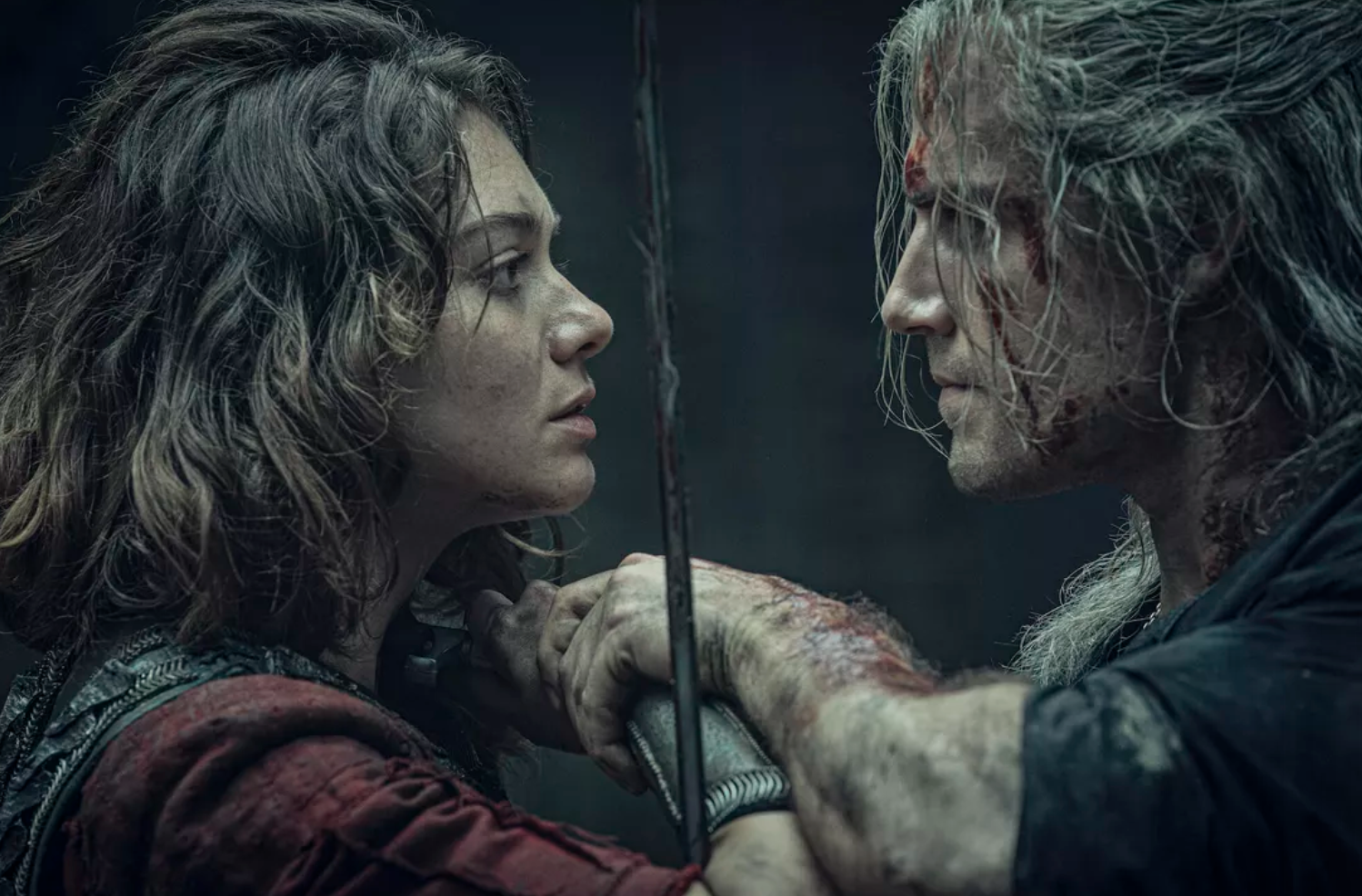 This hit reality TV series follows thirty people in a speed-dating format. The only catch is, they aren’t allowed to see each other until after they get engaged. What could go wrong? 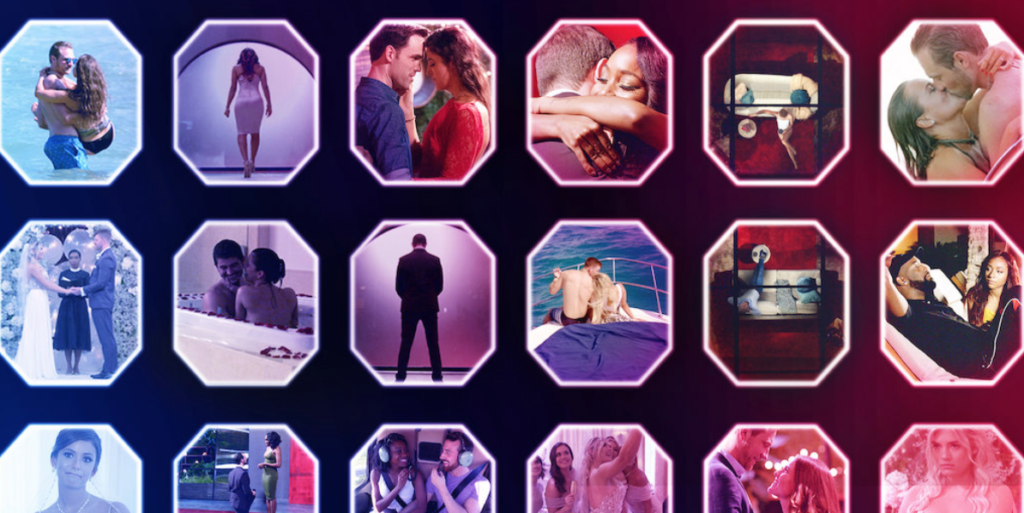 Natasha Lyonne of Orange is the New Black came out swinging with her creation of Russian Doll, a dramedy about a young woman who is stuck in a mysterious loop in which she attends the same party, dies, then wakes up the next day as if nothing had happened. Although this topic may seem like it’s been a bit overdone, trust that Natasha Lyonne has made it fresh with its humor, emotional depth, and psychological insight. 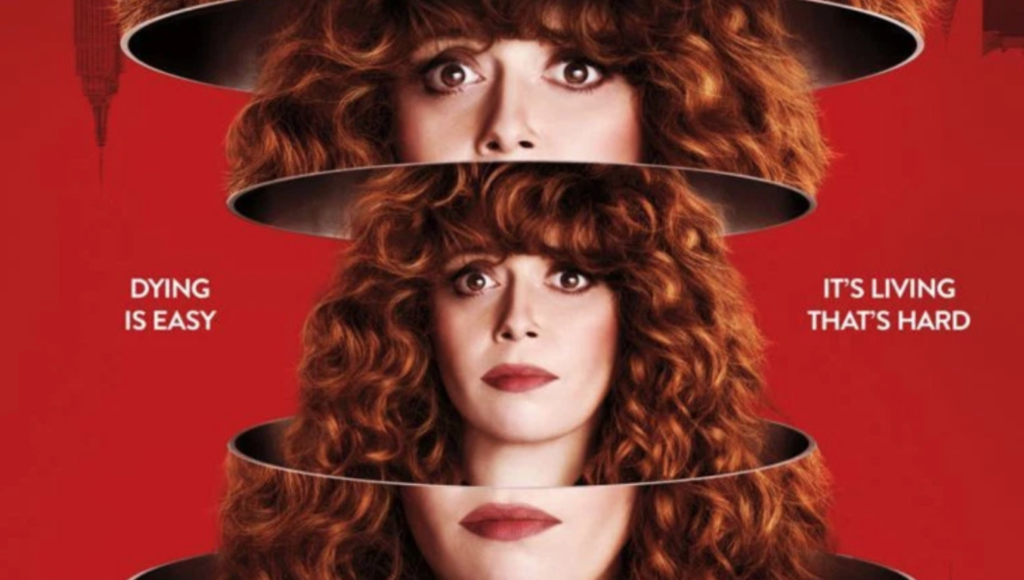 Inspired by true events and based on the book Mind Hunter: Inside the FBI’s Elite Serial Crime Unit, Mindhunter revolves around the FBI’s development of their criminal psychology department. FBI agents Holden Ford and Bill Tench interview incarcerated serial killers, such as Edmund Kemper and Charles Manson, in order to launch their development of serial killer profiling. It’s intense, smart, and highly addictive. 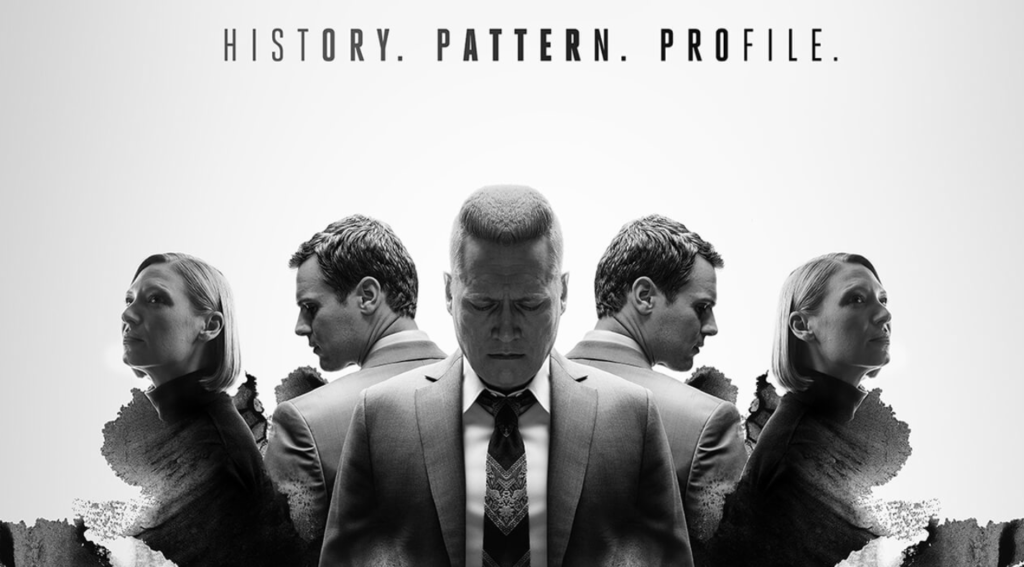 Based on the book of the same name, You is the thriller people cannot stop talking about. You enter the head of a bookstore manager, Joe, who becomes unhealthily obsessed with a female customer. Using the internet and social media, he stalks her in the name of “love.” The show is extra creepy since you as the viewer are privy to Joe’s thoughts and justifications for his increasingly unhinged behaviors. 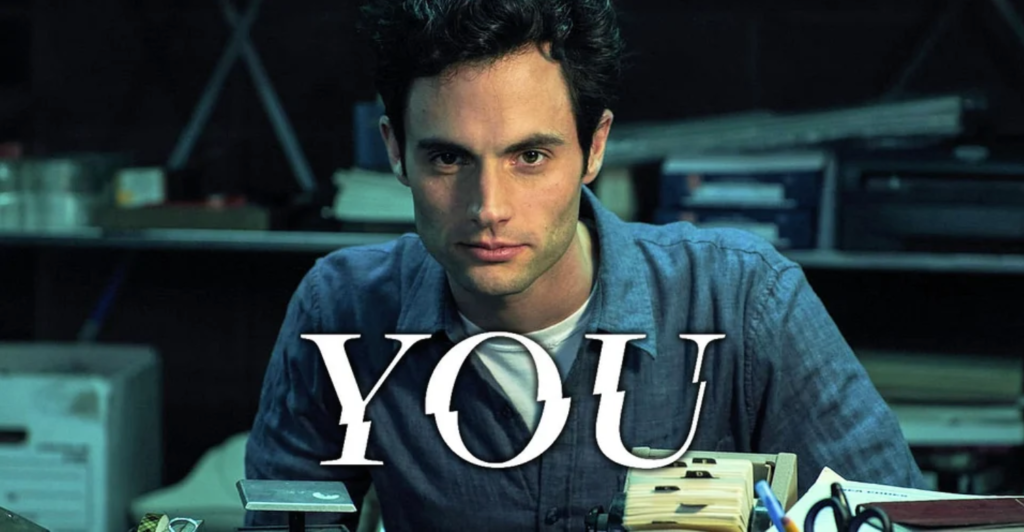 Based on a book series as well, Altered Carbon is a cyber-punk noir series. Over 300 years in the future, society has developed the technology to transfer consciousness between bodies, called “sleeves” in the show. The series begins with Takeshi Kovacs, the only surviving soldier of a rebel group, is awakened by a wealthy businessman who needs his help in solving a mystery. 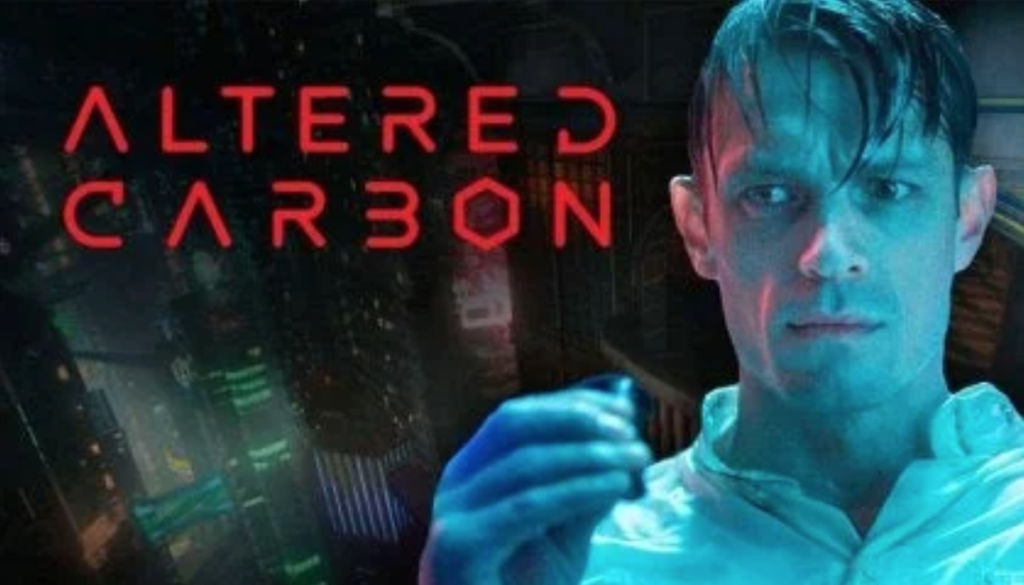 No list would be complete without Stranger Things, a sci-fi, drama-horror series starring Winona Ryder as Joyce Byers. Set in a small Indiana town in 1983, when Will, Joyce’s son, goes missing, she launches an investigation to find him. Superpowers and terrifying discoveries ensue. 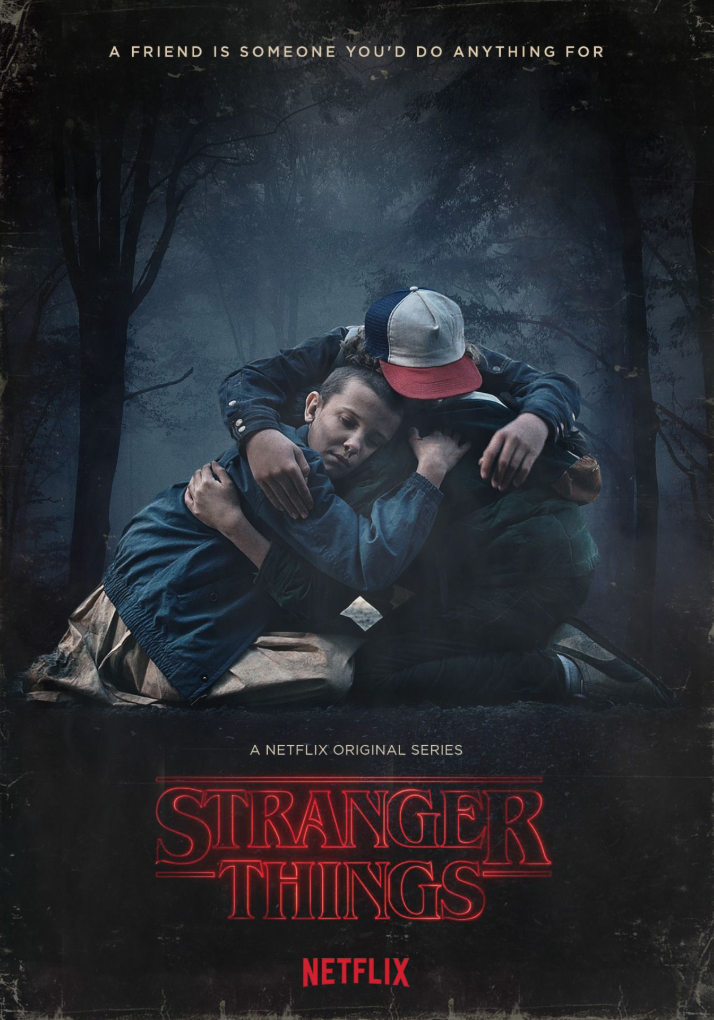 The End of the Fucking World

Based on the comic book series of the same name, this Netflix series is about two teenagers, Alyssa and James, who go on a road trip to find Alyssa’s estranged father. James is convinced he’s a psychopath since he can’t feel human emotions and he plans to kill Alyssa. Calamity ensues. With episodes under 30 minutes, this series is a real quick watch that will leave you wanting more. 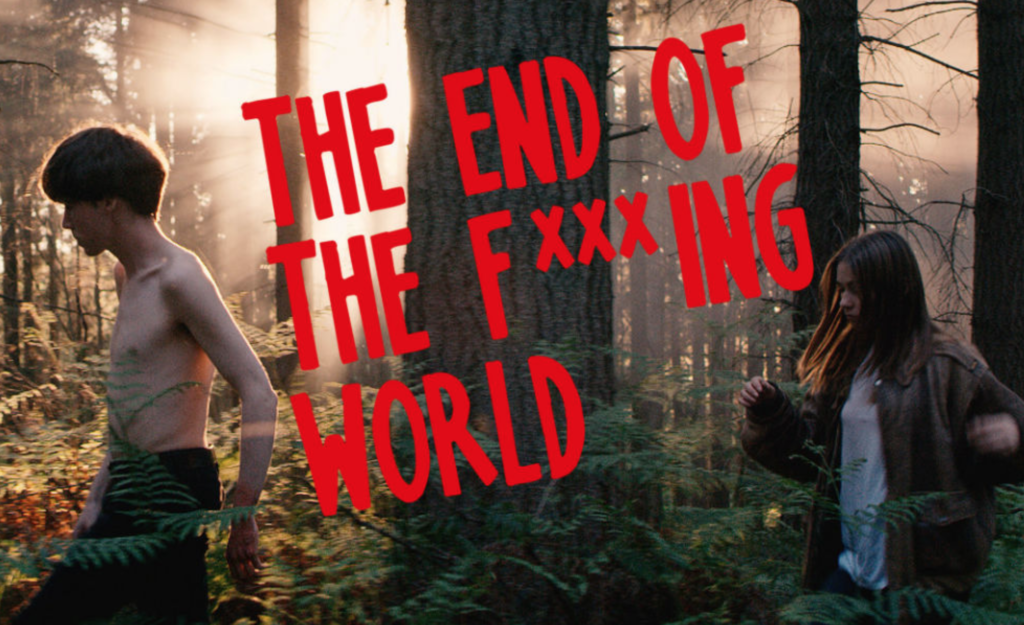 I Am Not Okay With This

If you like End of the Fucking World, you may like I Am Not Okay With This, as they share the same writer (Charles Forsman wrote both comic books). I Am Not Okay With This follows a teenager, Syd, as she navigates adolescence, her sexuality, and family problems, all while dealing with her mysterious superpowers. 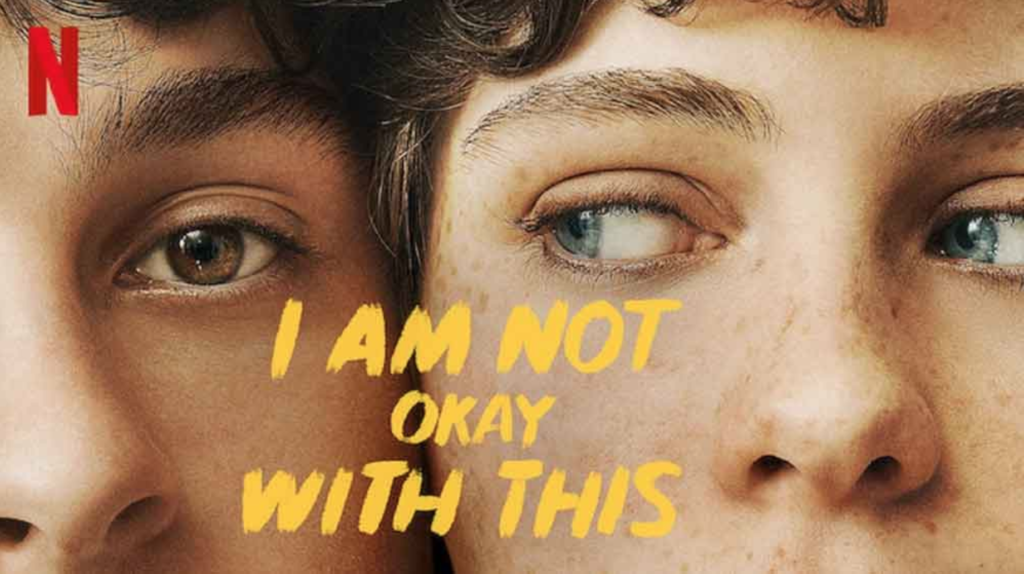 If you missed Twin Peaks the first time around, have no fear, Netflix has got your back. There’s really no way to sufficiently describe Twin Peaks—it is that strange, but it’s the good type of strange, the type that immediately turned it into a cult classic. There’s even a yearly Twin Peaks festival held in Washington for Twin Peaks superfans. In short, it is a surreal crime drama that follows FBI Agent Dale Cooper, who travels to the small town of Twin Peaks to solve a murder of high school student. With crazy dream sequences and bizarre characters, Twin Peaks is an unforgettable classic. 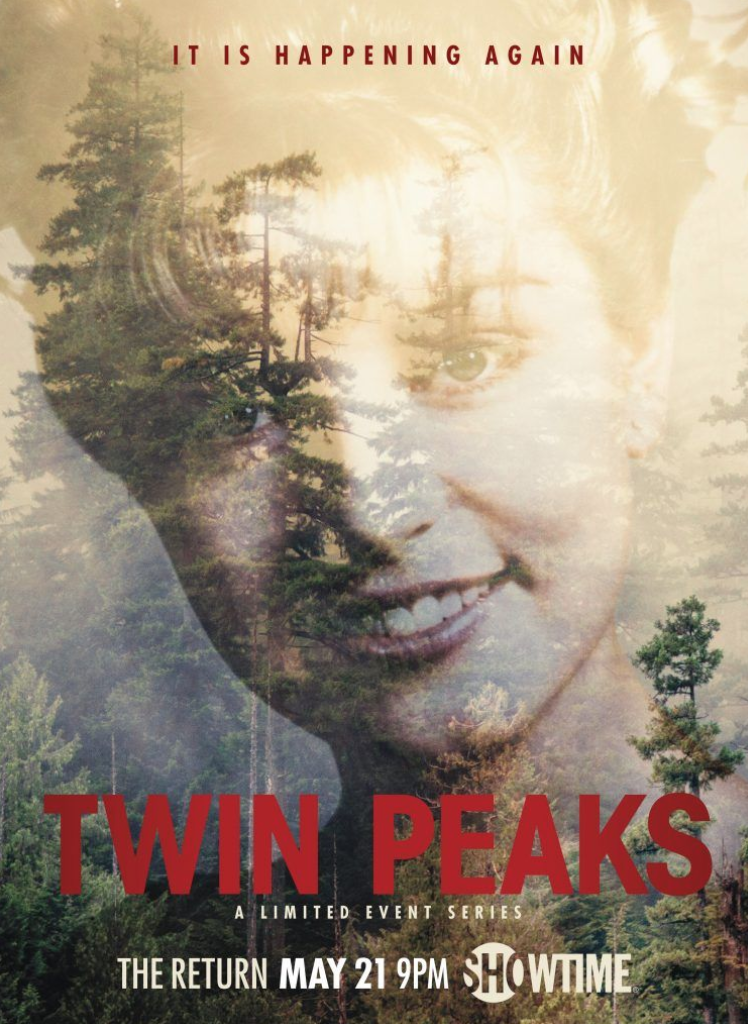 If you’re looking for a show to warm your heart, then look no further than Queer Eye, a reboot of the 2003 show, Queer Eye for the Straight Guy. Whereas its predecessor focused only on improving the aesthetics of straight men, Queer Eye is a much deeper, more intimate show in which the Fab Five aim to empower the people they meet. 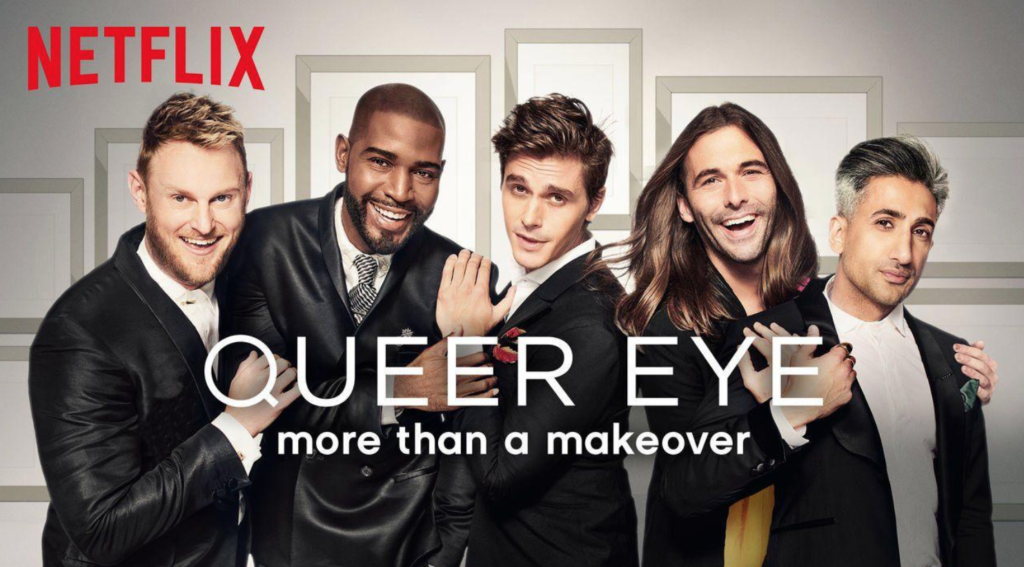 Despite its title, Feel Good isn’t for the faint of heart—it is deeply personal and intense. A semi-autobiographical series written by and starring comedian, Mae Martin, the story follows Mae, a comedian and recovering addict who meets a straight girl and immediately enters a romantic relationship with her. It’s smart, self-deprecating, and intimate. 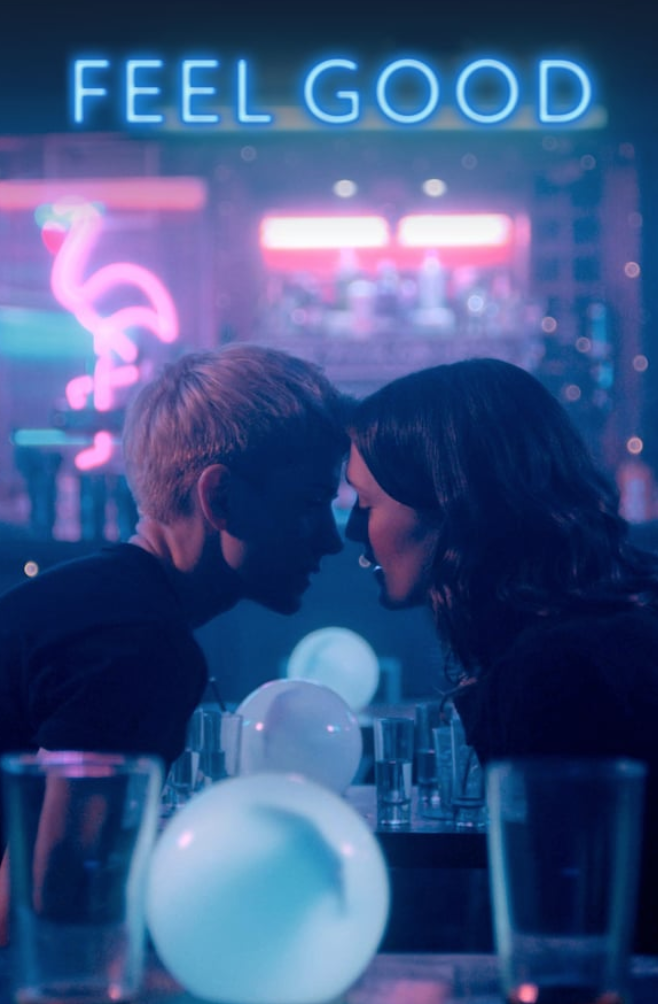 Don’t want to miss out on these highly bingeable Netflix shows? If you don’t yet have Netflix, you can always get a free subscription when you switch to T-Mobile. T-Mobile offers free Netflix with its Magenta and Magenta Plus phone plans (with 2 or more lines)—this means you could wind up saving up to $156/year.

Just because you’re social distancing to prevent the spread of the coronavirus that doesn’t mean you have to miss out on socializing. Netflix Party is a free Chrome extension for desktop computers and laptops that allows you to watch Netflix TV shows and movies with your friends from the comfort of your couch or bed. Instead of watching separately on your own devices, your video syncs with your friend group so no one falls behind or skips ahead. Plus, there’s a neat side-bar where your group can chat about the show or movie or whatever else tickles your fancy. Netflix Party is super easy to use and makes life just a little bit easier during this complicated time.

HBO Max: Release Date, Cost, How to Get it for Free

How to Unlock Your Phone

Is Phone Insurance Worth it?

Reach Mobile Social Impact Program: How Good is it?