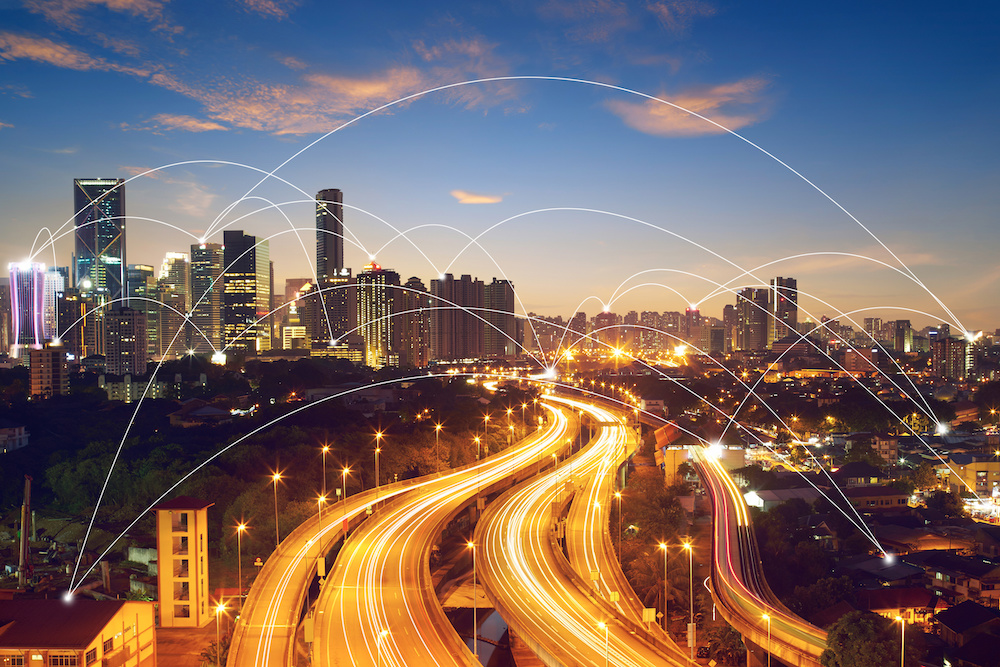 AT&T has the second-best coverage in the country, falling just 3% behind Verizon. AT&T’s 4G LTE network covers 68% of the U.S., with just a few small coverage gaps scattered throughout the country.

Many small carriers, or MVNOs, such as Cricket Wireless and Straight Talk, run on AT&T’s robust network, providing you with the same excellent coverage. AT&T’s 5G network is available nationwide, while its 5g+ (mmWave) network is available via hotspots in areas of certain cities.

In this AT&T coverage guide:

Before committing to an AT&T phone plan, you’ll want to check out AT&T’s coverage map to see if you get coverage where you live and frequently travel. The map below will give you a clear view of what areas AT&T’s 4G LTE and 3G networks cover. But with the rollout of AT&T’s 5G network, 3G is likely to become obsolete in the near future.

You can also double-check that you’ll receive coverage through AT&T’s robust network by using our coverage checker tool. You can enter the amount of talk, text, and data you want, along with your home address where it says “Coverage Check.” Make sure to select “AT&T’ from the network dropdown menu.

In order to gain access to AT&T’s ever-expanding 5G network, you first need a 5G-compatible device and a compatible AT&T plan. Some great 5G phones to consider include:

If you’re on an AT&T unlimited postpaid plan, then you’ll have access to AT&T’s 5G network for free. Other 5G-compatible plans include AT&T’s Unlimited Plus prepaid plan, as well as select plans through Cricket Wireless, an AT&T MVNO.

Due to this three-tiered network structure, AT&T’s 5G coverage map is a bit more complicated. Since 5GE is basically 4G LTE, you can trust you’ll have nationwide 5GE coverage. As for the 5G network, AT&T has recently announced that it is now available nationwide, which is great news for AT&T customers. Although don’t let the phrasing “nationwide” fool you—AT&T’s 5G network covers about 16% of the nation currently, although it is continuing to grow.

You’ll also want to remember that you will get slower speeds on the sub-6 5G network than you would on AT&T’s 5G+ network, which is only available in select outdoor hotspot areas in specific cities.

Where does AT&T have the most 5G coverage?

The states with the most AT&T 5G coverage include:

As with any carrier, there are advantages and disadvantages of choosing an AT&T phone plan, but the pros, like tremendous coverage, solid features, and international perks, tend to outweigh the cons, with the main one being the high price tag on AT&T plans.

Where does AT&T have the best coverage?

AT&T has near-perfect 4G coverage in many states, including:

Other states with incredible coverage aboard AT&T’s 4G LTE network include:

Where does AT&T have the worst coverage?

Alaska has the worst AT&T coverage out of all 50 states, with just over 7% coverage, while Maine has about 46% coverage. Other states with potentially spotty coverage include:

You may find that you still get decent coverage in these areas though, thanks to AT&T’s roaming agreements with other carriers.

Verizon’s network barely beats out AT&T’s coverage, covering 71.4% of the U.S. while AT&T’s network covers 68%. Verizon has long since been considered the king of coverage in the wireless game, but AT&T has closed that gap in recent years, making the Verizon vs. AT&T race nearly neck and neck. As for 5G coverage, Verizon has just .0014% coverage to AT&T’s 6.15% 5G coverage.

AT&T beats out T-Mobile’s 4G LTE coverage by about 5%, with 68% of the country covered by AT&T and 63% covered by T-Mobile. When it comes to 5G, however, T-Mobile comes out on top with about 30% nationwide coverage while AT&T’s 5G network covers just over 6% of the country.

T-Mobile recently finalized its merger with Sprint, which means Sprint is now operating under the T-Mobile brand. But for now, Sprint customers still have their primary coverage on Sprint’s 4G LTE network, which covers just 30% of the country compared to AT&T’s 68% nationwide coverage. The good news for Sprint customers is that they are able to roam on T-Mobile’s network wherever Sprint doesn’t have coverage—and since T-Mobile’s network covers 63% of the country, Sprint customers have everything to gain from that robust coverage area, effectively closing the gap between Sprint and AT&T. When comparing 5G coverage, Sprint and T-Mobile’s 5G networks have combined under the T-Mobile brand, meaning Sprint has 30% 5G coverage compared to AT&T’s 6%.

If you want the benefits of service aboard AT&T’s powerful network without breaking the bank, you may want to check out the plans offered by AT&T MVNOs. These small carriers don’t typically offer as many bells and whistles, but they’re generally more affordable than AT&T plans.

How good is AT&T’s coverage?

Does AT&T have coverage in my area?

An easy way to check if AT&T has good coverage in your area is to check out AT&T's coverage map. You can also use our address lookup tool to discover if AT&T covers your area.

Which carrier has the best cell phone coverage?

Where does AT&T have the most coverage?

AT&T has the most coverage in Delaware, New Jersey, Indiana, Rhode Island, Connecticut, among many others. There are few states that don't get great coverage through AT&T.