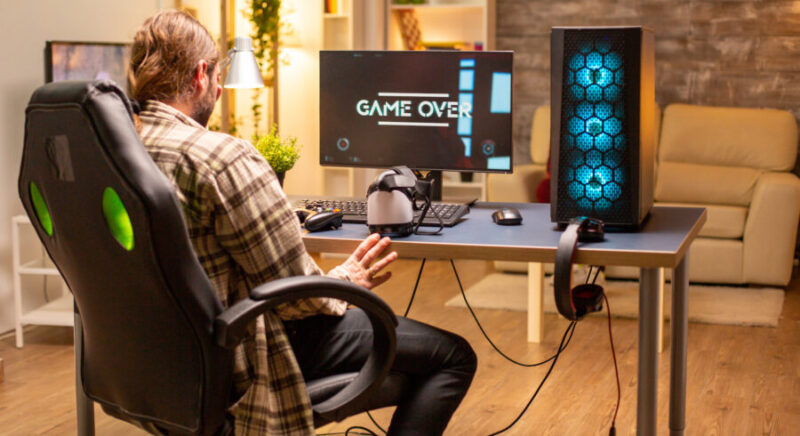 Gaming is a very high-demand online activity that requires relatively fast internet speeds and more importantly, low latency periods or “ping.” The last thing you need while playing Call of Duty is to take a shot at someone only for the game to lag and the next thing you know, they’ve killed you. The best internet for gaming is fiber or cable internet, followed by DSL. But have no fear, if you live in a rural area and have satellite internet, you can still get your game on—you may just need to follow some tips and tricks on how to reduce latency.

The minimum internet speed for gaming on most consoles is around 3Mbps download speeds, although it’s closer to 6Mbps on computers. Minimum upload speeds are around 1Mbps and the maximum latency/ping is 150 milliseconds. That said, that is the bare minimum you’ll need to play online games. Most likely, you’ll want speeds far faster than the minimum in order to have seamless gaming experience.

The FCC defines broadband internet, or high-speed internet, as 25Mbps download speeds and 3Mbps upload speeds—you’ll at least want to go with broadband internet if you’re a gamer. If you live with other people who will be gaming or using the internet connection for other high-demand activities, such as streaming, you’ll likely want to consider a 100Mbps plan or higher. While knowing the best internet speed for gaming is helpful, you’ll also want to be aware that when it comes to online gaming, latency or ping is more important than internet speeds.

Latency or ping refers to the length of time it takes for a signal to travel from your device to your ISP’s server and back. It’s usually measured in milliseconds, and the lower your latency, the better, because low latency means you have a short lag and don’t have to wait as long for your downloads and uploads. The recommended latency for online gamers is somewhere around 30 milliseconds. This is especially true for first-person shooter games (as opposed to role-playing games), because these games require near-instant feedback or else they’re at best frustrating, and at worst, impossible to play.

What internet connection should I get?

If you’re a gamer who wants the absolute best possible online gaming experience, you’re going to want to go with fiber internet (if it’s available in your area) or cable internet since they tend to have the lowest latency periods. Fiber averages a latency of under 20 milliseconds, which is phenomenal, and cable’s average latency is between 24 milliseconds and 35 milliseconds, which is also outstanding. Some specific ISPs that have low latency or lag include:

Moreover, most DSL internet plans should be fine as well, although the latency periods are a bit longer, averaging between 35 milliseconds and 60 milliseconds. While the lower end of the average is great, the upper end could give you some problems, particularly with first-person shooter games.

Let’s Talk Tip: Satellite internet is currently the worst option for online gaming because of its lower speeds and higher latency. This may change when Starlink Internet is available (hopefully, sometime in 2021). According to SpaceX, Starlink Internet could reach max speeds of 1Gbps with a latency of 25-35 milliseconds. This will be a game-changer for people who live in rural areas.

The good news is, there are a number of things you can do to reduce your network lag when gaming, such as:

Moreover, you may also want to consider buying a high-quality router that is specifically designed for gaming.

Is a Gaming Router Worth It?

One way to reduce your ping while gaming is to invest in an internet router that is optimized for gaming. Keep in mind, however, that these routers are not cheap, costing around $175 to $500, depending on the model. The main factor distinguishing gaming routers from regular routers is a feature called Quality of Service (QoS). Quality of Service allows you to prioritize traffic for gaming over other activities, which is especially important if you’re sharing your internet connection with other people.

In short, gaming routers are probably worth it if you’re a serious gamer willing to invest a significant chunk of money for the best experience possible (especially if you live in a rural area). Conversely, they probably aren’t worth it if you are on a high-speed fiber, cable, or DSL internet plan. With those plans, you’re bound to get a good latency experience.

If you don’t want to spend the money on a new gaming router, you may want to contact your internet service provider (ISP) to determine the cause of a long lag.

We are lucky to live in a time where “cheap internet” doesn’t have to be synonymous with “slow internet.” If you’re looking to save some money on your internet plan without sacrificing speeds, check out the 100Mbps internet plans below. They start as low as $30/month for cable internet plans.