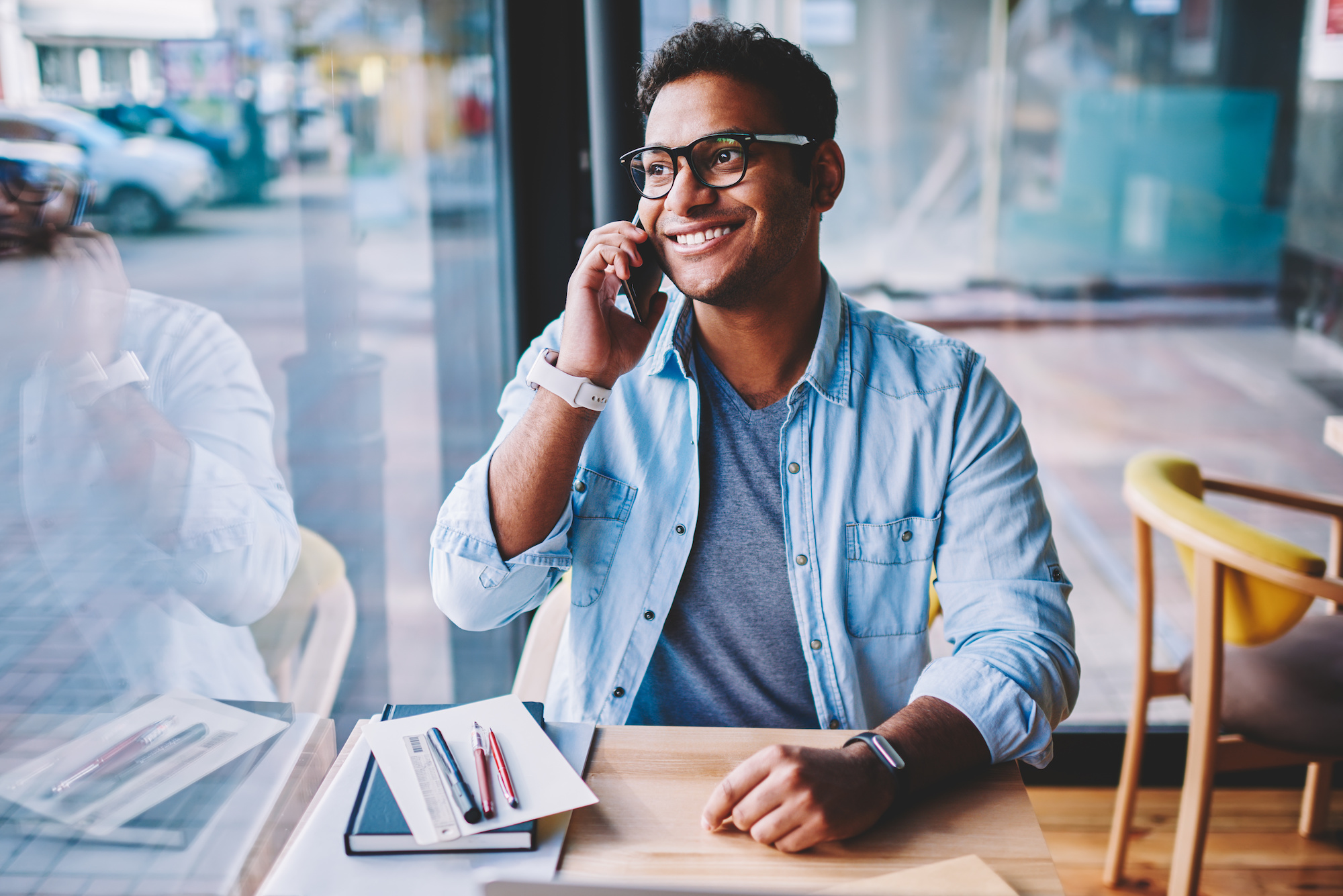 It’s not just in your head: the number of robocalls has increased sharply over the last couple of years. Robocall blocking company YouMail estimates that between 60 and 75 billion robocalls will have been placed in 2019, up from 47 billion last year and 30 billion the year before. What’s more, scams increasingly account for the majority of robocalls—45% of them in 2019, compared to just 17.6% in 2016.

To investigate this issue further, Let’s Talk culled robocall complaint and call frequency data from Federal Trade Commission and YouMail, and assigned each state in the U.S. a score. Based on this methodology, Maryland, Nevada, Colorado, Delaware and New Jersey have been hit the hardest by robocalls in 2019. The average Maryland resident receives a whopping 18 robocalls a month.

Alaskans have suffered the least from robocalls this year—residents receive an average of 3.3 of them a month—followed by North Dakota, Indiana, Hawaii, Mississippi. Here’s a full list of the state robocall rankings. 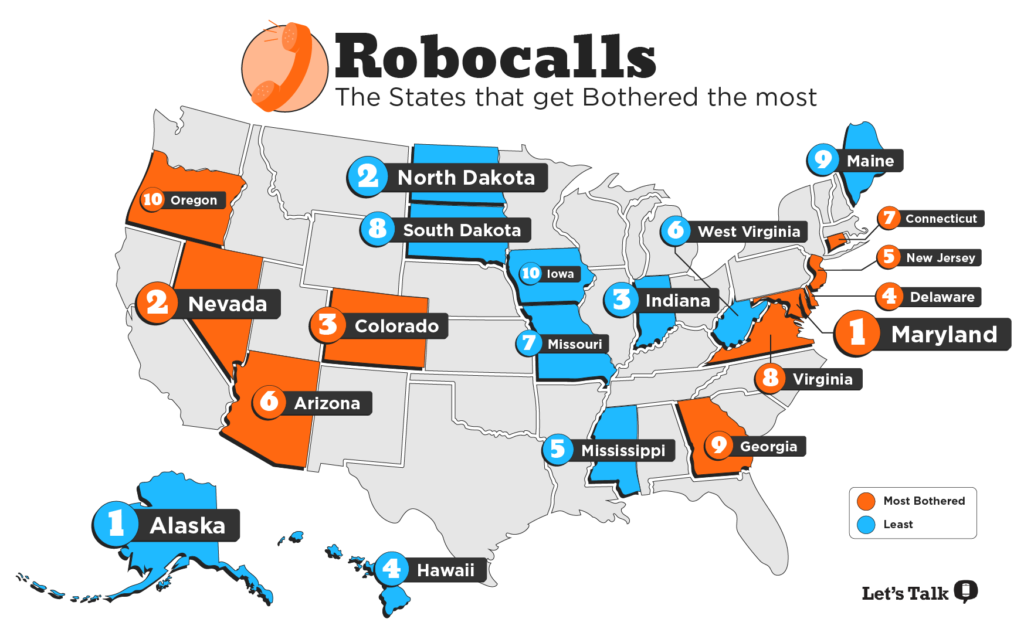 Fortunately, there’s help on the way. A new federal law raises the penalty for a single robocall to a whopping $10,000—which should make spammers think twice. The major carriers have already rolled out a new robocall fighting measure called STIR/SHAKEN, which promises to help to ameliorate the problem as well.

To come up with our state robocall rankings, we calculated each state’s ranking by giving them a weighted score based on two data points: the monthly number of robocalls per person in each state (weighted at 40%) according to YouMail, and the number of monthly robocall complaints per person made to the Federal Trade Commission in each state (weighted at 60%). The states were then ordered and ranked according to this score.

Which Internet Providers Are Offering Unlimited Data During Coronavirus? (UPDATED)