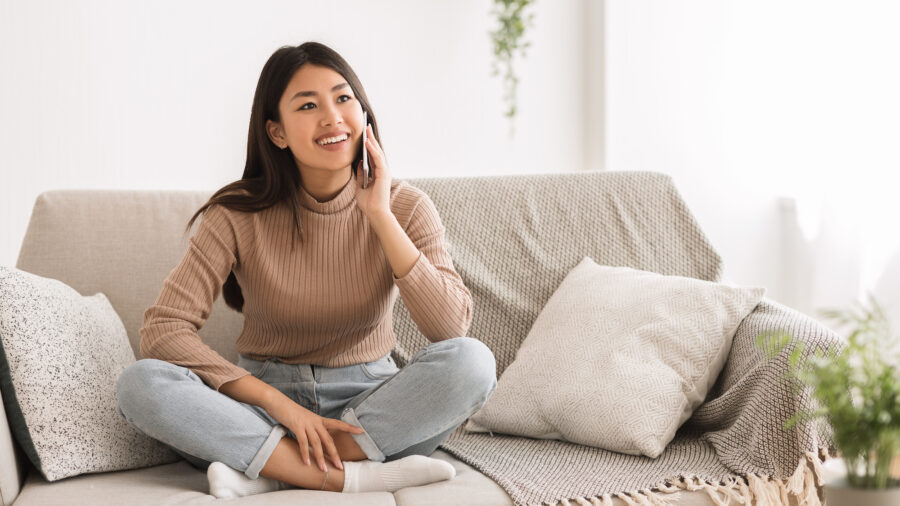 It may surprise you to learn that, when compared head-to-head (iPhone vs. Android), far more people own Androids than iPhones. According to the International Data Corporation (IDC), in 2019, about 87% of smartphone owners had Androids while only 13% owned iPhones. These figures haven’t changed much since 2017, when an estimated 85% of consumers owned Androids while 15% had iPhones. This makes sense when you think about it. Many different brands, such as Google, Samsung, Motorola, LG, OnePlus, Sony, and Nokia, make stellar Android devices that compete with iPhones for price, features, operating systems, and more. But which is better in the battle between an iPhone vs. Android phone? Premium Android phones tend to be just as good as, if not better than, flagship iPhones, but many budget Android devices tend to pale in comparison to Apple devices.

When comparing iPhone vs. Android camera quality, it is a tough call, especially because there are so many different Android phones on the market today with camera systems ranging from basic to professional-grade. Currently, the iPhone model with the best camera is the iPhone 11 Pro and iPhone 11 Pro Max, while there are several Android phones with incredible cameras—namely, the Google Pixel 4 and 4XL and Samsung Galaxy S20 Ultra.

With its triple-camera system including telephoto, wide, and ultra-wide cameras, the iPhone 11 Pro caters to videographers and photographers. You have access to powerful video editing tools right at your fingertips—they’re built into the camera system so that you can instantly edit temperature, color, exposure, and more. A feature called Deep Fusion allows iPhone 11 Pro users to combine nine different shots to create the perfect photograph. Additionally, Apple upped their night vision game and added Night Mode to the iPhone 11 Pro.

While the Google Pixel 4’s camera is sophisticated, it only has two rear cameras—telephoto and wide-angle. Not that they’re exactly slumping—with the Google Pixel 4, you can take super clear photos of the night sky. Another awesome feature is HDR+, which enables you to see what your HDR photos will look like as you take them. This feature allows you to fine-tune your photos right before you click the shutter button. Google also added Super Res Zoom, which allows you to take pictures from a distance without having to worry about camera shake or blur. As for the selfie cameras, the iPhone 11 Pro has a higher quality front camera—12MP—than the Google Pixel 4, which has an 8MP selfie camera.

As for the Samsung Galaxy S20 Ultra, it gives the iPhone 11 Pro and Google Pixel 4 a run for their money. Boasting a quad-camera system, the S20 Ultra’s camera will absolutely astound you. The Samsung Galaxy S20 Ultra touts a 108MP wide-angle camera, 48MP telephoto lens, and 12MP ultra-wide camera. And if you can believe it, the S20 Ultra enables you to zoom up to 100x with Space Zoom. Not to mention, the selfie camera is a whopping 40MP. While there is no clear winner between the three devices’ camera systems, the Samsung Galaxy S20 outperforms the iPhone 11 Pro and Google Pixel 4 when it comes to zooming. It consistently produces crisper, more detailed shots.

While iOS is exclusive to Apple devices, many different smartphone brands, such as Samsung, Google, and LG, use Android. In the past, iOS, Apple’s operating system, was generally considered to be better than Google’s Android, but that may not be the case anymore. Both operating systems, which share many of the same features, are excellent.

Generally speaking, iOS is a bit more user-friendly, while Android grants users more customization options. One factor that may contribute to iOS being more intuitive than Android is the fact that many different smartphones run on the Android operating system, and since many of these phones function differently, there can be a learning curve from phone to phone. Conversely, Apple users can rest easy knowing that their new iPhone is pretty much going to work the same as their old one, save a few minor changes or updates.

An important thing to note is that historically, iOS has had better security than Google’s Android operating system. This is because Apple has always prioritized keeping user data private—Apple gives iPhone users better control of location permissions and also offers a sign-in method that allows you to sign in to apps and websites anonymously. While Google also claims to prioritize security and privacy, this brings about a conflict of interest, as Google’s major revenue source comes from user-targeted ads. That said, Google has put their money where their mouth is with Android 10, which grants Android users far more control over what personal information they share. And the upcoming Android 11 also proves to have stepped up its security game.

Compare the A13 Bionic Chip & Snapdragon 865

Snapdragon 865 is currently available on the following popular Android devices:

As with the operating systems, Apple’s processors have been leading the way for quite some time, but with the development of Qualcomm’s Snapdragon 865, the gap between the two processors is closing. On many different speed and performance tests, the A13 Bionic and Snapdragon 865 finished neck-and-neck—and sometimes, Snapdragon even beats out Apple’s processor, depending on which phone model is being tested. There is no clear winner between the two, which is good news for iPhone and Android users alike. As long as your phone has one of these new chips, your phone is bound to perform well. If you have an older iPhone that uses the A12 or older Android with the Snapdragon 855, you’ll still get great speeds and efficiency.

For those unfamiliar, Siri is Apple’s smart assistant, while Google Assistant is available on Android devices. Both of these smart assistants use Artificial Intelligence to understand and answer user questions. But which one takes the cake?

When it comes to comparing phone options, there’s no competition—Apple has released 19 iPhones since 2007. Meanwhile, there are thousands of different Android phones offered by various popular brands. But is greater variety better? How many Android phones compete with iPhones for features, performance, and price? The list of high-performance, feature-rich Android phones is relatively short given how many there are.

If you’re looking for an Android phone that can live up to the expectations of an Apple iPhone, you may want to check out the following phones:

Historically, Apple’s iPhones haven’t always been the most affordable phones on the market. For example, when the iPhone X was first released in 2017, it had a price tag of $999, which made a lot of people’s jaws drop. Likewise, the iPhone 11 Pro costs $999 and the 11 Pro Max costs $1,099. Not everyone wants to spend that much on a phone, which is where Androids come in.

There are many Android options that will run you far less money than an iPhone—think the $300 Moto G7 or $300 Samsung Galaxy A50, both of which are great phones that get the job done. Not to mention, Google has a stellar budget series, the Pixel 3a and 3aXL, which cost just $399 and $479, respectively. But in recent years, Apple has begun to recognize the need for more budget-friendly options and in 2018, they released the $749 iPhone XR, the budget version of the X. And shockingly, the 2019 flagship iPhone, the iPhone 11, started at just $699. And in an effort to offer a true budget option for iPhone lovers who don’t want to break the bank, Apple recently released the second-generation iPhone SE (2020), which has the same processor as the iPhone 11 but costs just $399.

The iPhone is best for customers who like consistency from their smartphones—they want to know how the phone is going to work from model to model, with little to no surprises. They value an easy-to-use device that boasts a solid camera system, superior security, an excellent smart assistant, a powerful processor, and more. Typically, iPhone users are Apple fans through and through—they own other Apple products, such as a MacBook, iPad, or Apple Watch, and they sync these devices for a seamless experience.

Android phones are best for users who value customization of their smartphone experience, whether that means utilizing the phone widgets or hiding the downloaded apps from the home screen. Android users often value price as well, since there are so many excellent budget-friendly Android options on the market.

How to Pay Your Cell Phone Bill Online