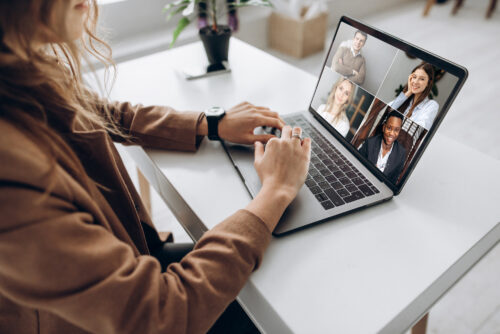 As far as internet speeds go, 100Mbps is certainly fast. But it all depends on what you mean by fast. 100Mbps will probably suffice for most US households, although gaming-heavy and streaming-heavy families may want even faster speeds. Check out fast internet plans and providers below.

Many internet service providers offer affordable intro rates for their internet plans but these rates aren’t forever—they’re typically only good for a year or two, after which the plan price increases, sometimes significantly. One way to keep your spending down is to switch to a new provider after your intro period is up. It may sound like a pain but it can save you a lot of money in the long run.

What is considered high speed internet?

The Federal Communications Commission (FCC) defines broadband or high-speed internet as 25Mbps or faster, which means 100Mbps is four times faster than the broadband minimum. As such, 100Mbps definitely qualifies as high speed internet and can likely handle all of your online activities, such as online gaming, HD streaming, and group video conferencing while you work from home. For comparison, the recommended speed for single-person HD streaming on Netflix is 5Mbps and 25Mbps for Ultra HD. YouTube TV on computers also requires 25Mbps or higher for Ultra HD.

Before we get to the specifics, you’ll want to know what Mbps means. Mbps stands for megabits per second, which is a standard measurement of internet speeds. It’s used when referring to both upload and download speeds.

One megabit is equal to .125MB (megabyte). As such, 100Mbps speeds will allow you to download a 100MB file in 8 seconds. For reference, 100MB is about the size of a 9-hour audiobook, so it’s a fairly good size and 8 seconds is pretty darn fast.

If your internet service plan includes 100Mbps, your internet is going to be fairly fast, although your download speed isn’t the only thing that matters—performance is also affected by upload speeds and latency or lag.

Do I need speeds faster than 100Mbps?

For the majority of households, 100Mbps is fast enough for all your internet needs, from browsing social media to streaming Netflix, Hulu, and Disney+ to video conferencing. That said, the term “fast” is relative to your specific wireless needs. If you have a heavy gamer or two in your household, you may want to upgrade to a faster internet plan if you still want to be able to simultaneously stream video (especially in HD), download work files, and go live on Instagram.

Fiber internet providers currently offer the fastest internet speeds around, but certain cable and DSL providers offer plans well above 100Mbps as well. Check out the internet plans with speeds of 300Mbps or higher below.

How fast is my internet?

Testing your internet speed is as easy as using our free internet speed test, which will provide you with your results within a couple of seconds. The result you’ll see is your download speed. If you want to know your upload speed and latency or “ping,” select “Show More Info” under the result.

Let’s Talk Tip: Keep in mind that when an internet service provider (ISP) lists its download speeds as 100Mbps, this means that’s the maximum speeds you’re going to get on that particular internet plan. Chances are you’re going to wind up getting slower speeds than the maximum, so don’t be surprised if your internet speed test shows speeds lower than 100Mbps.

The three main factors that affect internet performance include:

Most internet plans include fast faster download than upload speeds, as activities that require downloading tend to be more common. Latency is extremely important as well, and in the case of online gaming, it is even more important than having blazing fast speeds. This is because long latency periods result in significant lags, and no matter how fast your internet is, you’ll still experience delays and disruptions. Low latency is particularly important for online gamers, especially those playing first-person shooter games, which require quick response times. Generally, a latency period under 100 milliseconds should be fine, although gamers are going to want 30 milliseconds or less.

Other factors that impact internet performance and speed include:

There are many ways to address the above issues and improve your internet connection without having to switch to a faster plan. Check out our guide to learn how to speed up your internet.