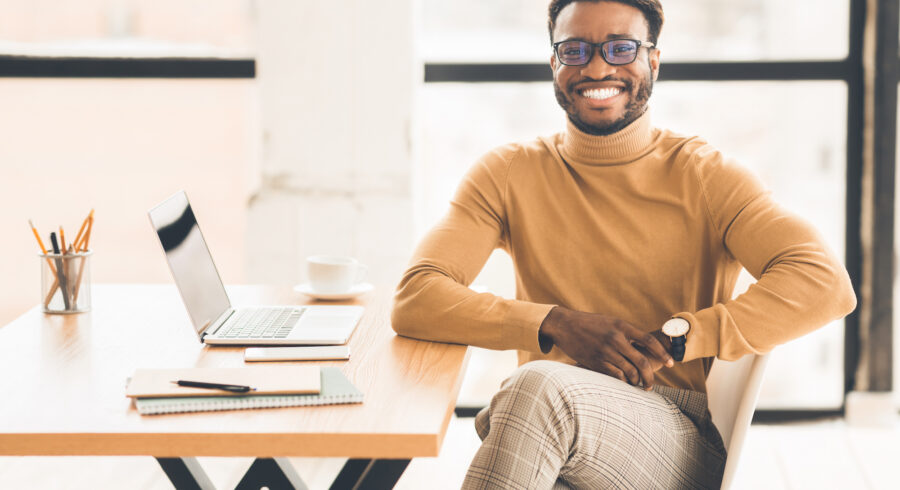 You’ve likely heard of fiber internet and its super-fast lightning speeds by now, but odds are you probably don’t know how fiber internet achieves these speeds, along with incredibly low latency or lag. Providers like AT&T Fiber internet, Google Fiber internet, Verizon Fiber internet, and more are changing the way we connect—with internet speeds that blow cable and DSL out of the water, fiber optic internet is the future of broadband.

What is fiber internet?

In short, fiber internet is an extremely fast internet connection that uses fiber optic cables to transfer your signal instead of a cable network (cable internet) or telephone line (DSL), which utilize copper wires. While fiber internet can sometimes be more expensive than cable or DSL, that isn’t always the case—there are many reasonably-priced fiber internet plans on the market. Keep in mind, however, that not every internet service provider currently offers fiber optic plans.

How does fiber optic internet work?

Fiber optic internet transfers data in the form of light signals, through small, glass wires. Fiber internet wires use light instead of electricity, which gives them a higher bandwidth capacity since they aren’t physically limited by how much electricity can be conducted by metals like copper. Essentially, copper lines, which were originally created to transmit voice signals only, are limited in the amount of data they can handle at one time.

Fiber optic cables are capable of transmitting light extremely well over relatively long distances while maintaining a strong, unchanged signal. This is beneficial because typically with other internet connection types that use copper wires, there tends to be attenuation, or weakening of the signal being sent to your device. Attenuation gets worse with internet speeds, too, which is why DSL and cable internet are limited as to how fast they can operate.

Conversely, fiber internet can reach speeds up to 2Gbps, or 2,000Mbps—this is 100 to 200 times faster than the speeds achieved on many common cable and DSL internet plans. What this means for you is a whole lot of great news—with fiber internet, you’ll get top-quality video streaming, insanely fast download speeds, seamless online gaming, high-quality video conferencing, and more.

How fast is fiber internet?

Fiber-optic internet is currently the fastest internet connection type on the market, besting the likes of cable and DSL internet—and satellite, which is known for glacially slow speeds and long latency periods (that is, until Starlink is officially available). Fiber download speeds can reach a maximum of 2,000Mbps (2Gbps), which is unbelievably fast. While some cable plans can reach speeds of 1,000Mbps, they certainly aren’t the norm—most popular cable plans range from 50Mbps to 300Mbps. And DSL is far slower than either of these, reaching max speeds of around 100Mbps. While cable and DSL are both great options for households, fiber is the way of the future for high-demand families that want it all—multi-player online gaming, simultaneous video streaming, downloading and uploading large files like videos and photo albums, and going live on social media.

Where is fiber internet available?

Unfortunately, fiber isn’t available everywhere just yet; however, it is gradually spreading throughout the country. As of now, about 25% of the United States is covered by fiber internet, but expect those numbers to grow in the near future. While every state has some coverage, the states with the most fiber internet availability include:

How much does fiber internet cost?

If you’re lucky enough to live somewhere where fiber internet is available, you could get a fiber optic internet plan for anywhere from $40/month to about $120/month. Typically, these prices denote introductory rates, and most ISPs will increase your rate after the introductory period has ended (usually one or two years). Keep in mind, however, that although fiber internet is pretty affordable in the long run, you may have to pay a large chunk of money upfront for installation since most homes don’t already have fiber-optic networks.