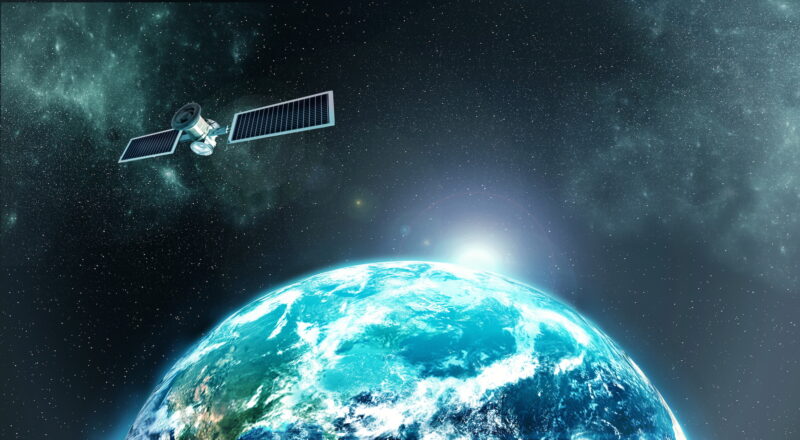 When you think of satellite internet, a few words come to mind, such as, slow, laggy, unreliable, and even some expletives which we won’t mention here. Historically, satellite internet has been a last resort, reserved for those living in rural or remote areas who have no other choice when it comes to internet connections.

However, thanks to SpaceX and Tesla CEO, Elon Musk, satellite internet is about to change, in the best way possible.

Starlink is a constellation of satellites currently being constructed by SpaceX in order to provide satellite internet services to the U.S. and Canada, and eventually the world. The biggest issues satellite internet customers face is the speed and lag. For example, HughesNet and Viasat customers currently experience max speeds of around 25Mbps and lag times of 100ms-800ms leaving much to be desired. This year, Starlink could be the solution to these problems.

Starlink satellites will not only provide internet connections to unserved and underserved communities, but it will be providing the same quality of low-latency broadband as urban populations currently have access to.

If you live in a rural or remote area, this is great news for you, but you’ll just have to sit tight for a bit as we wait for Starlink internet to launch. If you live in an urban or densely populated area, Starlink could also be a good option for you, as pricing will supposedly be competitive.

When Will Starlink Internet Be Available?

According to SpaceX, Starlink will offer service across the Northern U.S. and Canada sometime this year, with near global coverage by 2021. Elon Musk announced via Twitter recently that they will begin private beta testing in about 3 months and public beta testing in about 6 months in high latitude areas.

So, we would suggest not holding your breath for Starlink internet just yet. Beta testing likely won’t be complete until the end of the year, with a full launch possibly being delayed until next year.

How Fast is Starlink Internet?

To put that into further context, for regular internet users who like to stream videos, play online games, and browse the web, speeds anywhere from 100Mbps-300Mbps are usually enough. Latency lower than 100ms is also generally pretty good, unless you’re playing online shooter or driving games, then you’ll want latency lower than 50ms.

Starlink internet could end up being faster than our traditional wired internet options (cable and DSL), which is why it won’t just be suited for rural and remote communities.

How Much Does Starlink Internet Cost?

There are two things to consider when thinking about the price of satellite internet:

Generally, installing satellite internet is more expensive than traditional wired internet options and self-installation isn’t an option due to the complexity of the equipment required.

We’re expecting Starlink satellite internet costs to be around the following:

Is anybody paying less than 80 bucks a month for crappy service? Nope. That’s why we’re gonna be successful.
– Gwynne Shotwell (President and CEO, SpaceX)

These costs are estimated based on information released by SpaceX as well as quotes from SpaceX president and CEO, Gwynne Shotwell, regarding how pricing will make Starlink a competitive option.

To get an idea of how much current satellite internet plans cost, here are some of the most popular HughesNet and Viasat plans currently offered:


How is it Different from Other Satellite Internet Services?

We’ve already discussed that Starlink will potentially be less expensive as well as faster (with lower latency) than other satellite internet services available now, but how is SpaceX achieving this?

This shortening of distance is why Starlink will be able to provide a more reliable internet connection with less lag time.

As for the cost, terminals for your home will possibly be cheaper because they are being manufactured in-house by SpaceX. It’s still unknown whether Starlink plans will in fact be cheaper than other satellite internet plans, but if it is, we could put it down to the fact that SpaceX is valued at over $33 billion and probably has a lot more money to play with.

Pros and Cons of Starlink Internet

Why is Starlink Better than Other Satellite Internet Options?